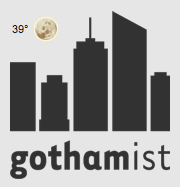 I challenge Gothamist Ben Yakas to debate his false claim of the "constitutional right" to "enjoy" pornography in public libraries.  His highly visible story contains misinformation that is 100% opposite of the law, and it starts with the title:


No, Ben Yakas, the truth is 100% the opposite, and from a far more reliable source:  "public libraries' use of Internet filtering software does not violate their patrons' First Amendment rights...."  United States v. American Library Association, 539 U.S. 194 (2003).  That your library leaders are misleading you and your readers and your politicians is no excuse.

At a minimum, Ben Yakas should edit the story to remove the flat out false material from the title and the text, or add that such is merely a viewpoint of the libraries, but is not the law and has not been for a decade.

He even links to an article from five years ago discussing "library watchdog Dan Kleinman."  So as Ben Yakas linked to a story discussing me, I have every right to expect him to accept my challenge, debate fairly, then publicize the debate fairly.

[Note: video removed as it is no longer available.  Being replaced with this graphic from the Gothamist story linked.]