Barbara Jones is the leader of the American Library Association's [ALA] so-called Office for Intellectual Freedom [OIF].  On 25 January 2012, she made the oft-repeated false statement that Internet filters block access to breast cancer web sites and do not work. [EN 1]  The ALA does this as a means to convince people not to block pornography in public libraries, because breast cancer might be accidentally excluded.  Nevermind that the American Civil Liberties Union [ACLU] was involved in a legal matter finding filters no longer block health-related information. [EN 2]

On 26 January 2012, I responded that she was lying about breast cancer being blocked. [EN 3]

Then, on 1 February 2012, library director Dean Marney [EN 4] was asked about blocking breast cancer and he responded in no uncertain terms that claims of breast cancer blocking are false. [EN 5]

Surprise!  Barbara Jones was on the very same radio broadcast with Dean Marney, and she contradicted herself [EN 6] from just a few days previously, handing me and Dean Marney a major success in our efforts to educate communities about the ALA's misinformation.  She admits, finally, that the breast cancer excuse is outdated. 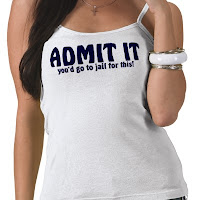 If anyone ever again says public library filters block breast cancer sites, know immediately that they are lying, and they are likely misleading in other areas as well.  Given my success (along with Dean Marney, mainly,) in turning the ALA on this issue, consider following me if you want accurate information about how the ALA misleads communities into leaving their own citizens open to harm.

I am happy to be the only source bringing you this significant, high importance, well sourced news of major admissions by the ALA's OIF leader that library filters work, old breast cancer excuses don't, librarians don't know how to run filters correctly, etc.  But why am I the only news source doing so?  Where is the Library Journal?  Where is the ALA's American Libraries?  Where is LISNews?  Have any of them reported on, for example, the news I broke in "Know the ALA"?  Of course not.

People, consider subscribing to my news feed (at Twitter or Facebook) for library stories not politically correct enough to be reported elsewhere.  After all, if the ALA OIF finally admits filters work, doesn't its whole house of cards fall down?

I have updated some links that had gone missing with archived links.