The Windsor Public Library board of directors, Windsor, ON, gets thanked repeatedly for finally installing Internet filters to block Internet pornography from the public library:

Councillor Al Maghnieh chairs the library board of directors and said the policy makes sense.

"This is a place family, seniors and kids use.  We're encouraging teen zones and after school activities.  It's just not the type of stuff we want in this place," Maghnieh said.  "This is a place for social literacy, advancing yourself and being part of the community."

The following is relevant, even directly addressing this Windsor matter:

Media Fans Book Banning Flames in Brookfield, CT, While the Board of Education Advises People Not to Vote for the Alleged Book Banners

Apparently, some media in Brookfield, CT, fans the book "banning" flames where no such banning exists or is even being requested, let alone that the last book banning in the USA occurred almost half a century ago.

See for yourself as the Brookfield Board of Education discusses the issue of the pervasively vulgar book by Toni Morrison entitled The Bluest Eye:

You see, when people like Chris Delia stand up for a "parent's right" to protect their children from harm, that often ruffles feathers, even within boards of education, as illustrated below.  I love where Mr. Delia says some BOE members are telling others not to vote for him, then he is told to wrap up his comments:

See also Pam Kurtz talking about how she and Mr. Delia are "unfairly vilified in the press" as "book banners" for trying to keep inappropriate material from children that even the author says is for an adult audience.

Let me remind people of the following:


Given the above, one wonders why certain media remains completely oblivious to that.  I informed the relevant paper of this information on October 7, but I do not think it paid any heed, judging by the above videos.

I have received the following response from the Chairman of the Brookfield BOE, presumably given the title, since my text says, "I love where Mr. Delia says some BOE members are telling others not to vote for him....":


Thank you for the information Mr. Kleinman.

I should point out that the "Board of Education" has taken no action in advising people to vote for or against anyone.  To say so is erroroneous [sic] and misleading.  Individual members of the Board of Education have ALL acted on their personal time to support various candidates in the upcoming election and they are fully entitled to do so.

I hereby predict the Brookfield public school children will be allowed by the Brookfield BOE to continue to read that book that is so pervasively vulgar that is has been removed from other schools.  I base this prediction on learning that Brookfield BOE Chairman Ray DiStephan is simultaneously the Deputy Chairman of "Brookfield's Best Candidates" that publicly supports candidates other than those listed above who seek the reevaluation of the book and the book selection policy generally.  There is no way Ray DiStephen would ever hand Chris Delia and Pam Kurtz a win, or even a fair hearing, when he is opposing them and supporting their political opponents.

I predict there is no way Ray DiStephan will put the interests of the Brookfield children above his own interests.  Not only is he opposing the "book banners," but he is a clinical school social worker for fourteen years.  [Seventeen years, per email to me from Mr. DiStephan.]  As such, he is unlikely to take any action that he might perceive may jeopardize such a position and its associated benefits and pension.

Can't say as I blame him for putting his personal political and financial goals over the needs of the community's children, at least that's what he's doing or will do in my opinion, but I know I would not do such a thing.

When people in Brookfield make a decision for who might be best in the Board of Education, heed should be given to the self-serving selections of the current BOE Chairman, Ray DiStephan.

Of course, this is all my opinion, but I believe it to be well founded.

Pornography in the Library

On Getting Lumped In With Others; And SafeLibraries Makes Three

I get lumped in with others.  It happens to me a lot.  It just happened again, to which I say, And SafeLibraries Makes Three:


But this time the author, University of Wisconsin–Milwaukee, School of Information Studies Adjunct Professor Marta L. Magnuson, pictured at right, had the integrity to review my response and the underlying Swanson 2007 reference, then edit her work accordingly.

Here is the relevant paragraph from the original 12 May 2011 version that incorrectly lumped me in with others for "us[ing] parental rights as reasoning for censoring And Tango Makes Three."  In reality, I never support censorship, and especially not a children's book like And Tango Makes Three.  What will be removed or changed is highlighted.  As you will see, And SafeLibraries Makes Three:


Parents and library board members were not the only people who voiced their opinion about the rights of parents. Along with Medved’s comments for USA Today, Dan Kleinman, who runs the website SafeLibraries.org, and Randy Thomasson, president of the California-based Campaign for Children and Families, also used parental rights as reasoning for censoring And Tango Makes Three.  In fact, Thomasson went so far as to attack libraries, telling parents that they "can no longer trust libraries to protect their children's innocence or uphold appropriate standards.  Voters should demand that books with harmful content be removed from school and city libraries" (Swanson 2007, A20).


Parents and library board members were not the only people who voiced their opinion about the rights of parents. Along with Medved’s comments for USA Today, Randy Thomasson, president of the California-based Campaign for Children and Families, also used parental rights as reasoning for challenging And Tango Makes Three.  In fact, Thomasson went so far as to attack libraries, telling parents that they "can no longer trust libraries to protect their children's innocence or uphold appropriate standards.  Voters should demand that books with harmful content be removed from school and city libraries" (Swanson 2007, A20). 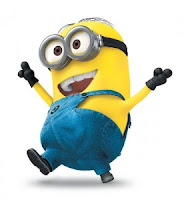 So Marta L. Magnuson had the integrity to consider my concerns respectfully, then immediately make changes.  In contrast, the American Library Association [ALA] heard my complaint about the Office for Intellectual Freedom's "censorship map" plagiarism almost a year ago that it only correctly attributed recently, but I digress and will expand on that in a future post (– so subscribe).  At least with intellectual theft left uncorrected for so long like that in violation of the ALA's Code of Ethics, it makes me appreciate honest people like Professor Magnuson all the more.

And look what else was she changed.  Censoring was changed to challenging.  I'm tellin' ya', Marta L. Magnuson really impresses me as being intellectually honest.  What a breath of fresh air given "the nonsense of Banned Books Week" with "the ALA and its minions ... going on about nonexistent censorship in America."  The ALA now has one less minion.