I hereby offer assistance as an expert on library propaganda, including that of the ersatz OWS "Library."  I will help oppose this lawfare and help prove the vexatious nature of the litigation, thereby entitling the litigation's victims to increased damages.  NYC, NYPD, please contact me.  My assistance will be based generally on information contained in the following posts I have written, and much more:

And the case is over, having settled out of court, but that doesn't stop the anarchists from claiming victory:


And despite the title using the word "library," the story makes it clear it really was not, saying, "Called the People's Library, the collection included novels and history books"—so it was just a "collection" of books:

Time for Book Ratings on YA Books, Says Dr. Sarah Coyne of Brigham Young University, While ALA Calls it Censorship

So ALA's YALSA calls it "censorship" to use book ratings to give people/schools the notice needed to make informed decisions as to what's best for their children.  This from the organization that says keeping R-rated movies from children is censorship:

and that every single person who ever complains about any book is a "censor": 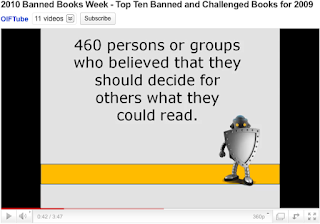 And the ALA is the organization that intentionally fakes its annual Top 10 List of Challenged Books to inflate the handful of cases into a national tragedy and push political or social buttons to promote its own interests:

As you decide whom to believe, Dr. Sarah Coyne/BYU or Beth Yoke/ALA, please consider: 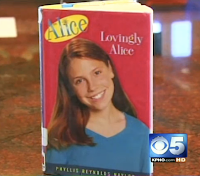 The decision is yours.  Is it time for book ratings?  Comment below, if you wish.

Below is the ALA's view on labeling and rating systems—basically, it is censorship.  Keep in mind the ALA also said it was censorship to filter computers in public libraries.  Its bluff was called on that in US v. ALA where the Court found it is not censorship.

Thanks to an excellent comment below, I am reminded that book ratings are used successfully in many places without being falsely labeled as censorship.  I have previous written about the case in St. Louis, so I'll link those posts now:


See also these posts that illustrate how the ALA works to mislead people on book labeling to try to force its way on communities, such as St. Louis: 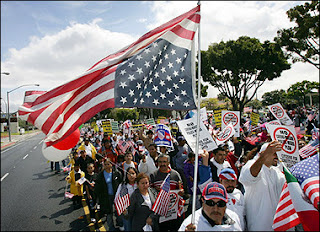 Open borders and illegal immigration support is the American Library Association's [ALA] latest non-library venture, thanks to George Soros:

I am quoted extensively in this article about the ALA's new venture into illegal alien support:

Kleinman asked of the grant from Soros and the video production, "Why is the American Library Association prostituting itself out to the likes of George Soros to issue propaganda for him and his message on topics that are not a library issue?"

He added, "The video is clearly promoting an end to illegal immigration enforcement, to usher in an era of open borders.  What do open borders have to do with libraries?"

He added, "The bottom line is this.  The ALA has expanded its mission to promote causes that have nothing to do with librarianship – and that's concerning."

The ALA did not respond to a WND request for comment.

If you are a librarian and you are learning for the first time that the ALA is promoting open borders propaganda in exchange for large sums of money, how are you not wondering how the ALA has wandered so far from its mission?  Welcome to "Choose Privacy Week."

Here's one way to oppose the ALA on this issue:

Citizens Stand Up to School Board; Attempt to Stop Speaker From Using Words in 'Beloved' Fails Big Time 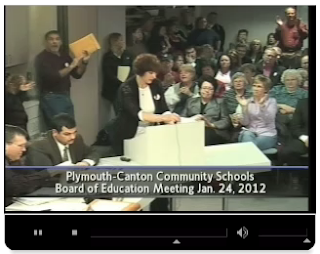 Watch this video to see citizens standing up to a school board about inappropriate books for public school children, and watch the reaction when the grandmother is told to stop using the curse words that pervade the books the school is providing the children, in this case Beloved by Toni Morrison:

Note, I have previously written about this community (and apparently the school board ultimately decided to keep the children exposed to the inappropriate material):

Also note, this is an example of how people are standing up to the sexualization of children in public schools, for example by schools using the books Waterland and Beloved.  But exactly why do they only get three minutes to speak? 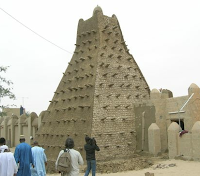 Al Qaeda-linked terrorists have destroyed a United Nations World Heritage site in Timbuktu, Mali, and are threatening to destroy a library:  "Elderly men were keeping watch Saturday over Timbuktu's main library after Islamists burned a tomb listed as a UNESCO World Heritage site."

Sekou said he feared for the protection of the prestigious Koranic Sankore University and ancient manuscripts that are kept there, as well as other tombs and mosques of historic significance.

"All Muslims know the tomb is a holy place," he said.  "It's not something you attack and destroy.  It's anti-Islamic.  People in the community are angry."

Further, it is possible this is in part due to United States policy that has unleashed intolerance throughout the Ummah:  "After the ouster of Moammar Gadhafi, armed Tuaregs who had been fighting in Libya streamed back across the border into Mali."  "The ancient city in Mali was captured by at least two separatist Tuareg rebel groups—one of which is Ansar Dine"—"a militant group that seeks to impose strict Sharia law" and "who have been linked to al Qaeda."


Nobody should look for help from the American Library Association [ALA] (that otherwise takes action when terrorist libraries are claimed by the terrorists to be threatened, see "Librarians for Terror," by Lee Kaplan, FrontPage Magazine, 17 Aug 2004):


Mind you, this is a "library" association.  The "American" Library Association.  Right?  One should "Know the ALA."

This story has been picked up by other sources, including Education News, Editor and Chief Jimmy Kilpatrick: 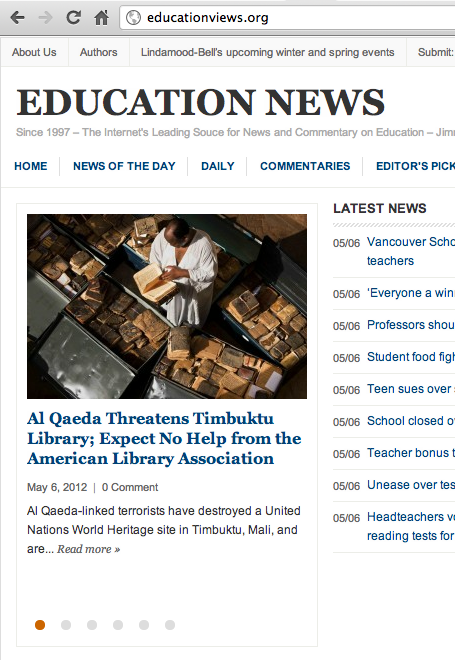