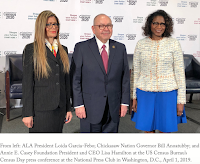 The antisemitic leader Loida Garcia-Febo of the so-called 'American' Library Association has announced ALA will now support illegal aliens being counted in the US Census.

Yes, libraries should and will help Americans comply with the US Census; they call it #CountOnLibraries.

But ALA has gone further to directly support illegal aliens being counted in the US Census:

ALA joined an amicus brief to the US Supreme Court opposing the last-minute addition of a citizenship question to the 2020 Census. https://t.co/TIjRg73Yqa
— ALA OIF (@OIF) April 4, 2019

What's this have to do with libraries? https://t.co/cwujFt74Ha
— Mark Krikorian (@MarkSKrikorian) April 4, 2019


Libraries nationwide similarly provide access to census data through activities such as data-user trainings and by referring researchers, students, businesses, government agencies, and community organizations to census products. Librarians can feel confident in the integrity and quality of census data in large part because of the layers of constitutional, statutory, and regulatory protections that safeguard the accuracy and integrity of that data. But the addition of the citizenship question violates those critical protections, and thus threatens to undermine professional confidence in the continued reliability and utility of that data—public confidence that, once lost, would be very difficult to regain.

That's the entirety of the library-related argument in the amicus brief.

Similarly, watch the antisemitic President of ALA, Loida Garcia-Febo, read a prepared speech about ALA's involvement in ensuring illegal aliens get counted in the US Census, a massive form of voter fraud at a minimum, and she even does it in Spanish!  It's an advertisement for librarianship, for what libraries do and should do, and for her own "Strong Libraries = Strong Communities" presidential initiative.  She wants a "complete count" or an "inclusive count" because, she says, "libraries serve everyone," need funding, and promote "equity," a destructive ideology.  Even if libraries are useful for illegal aliens, even if a "complete count" is a euphemism for counting illegal aliens in the US Census, similar to "all votes count," she never explains what about counting illegal aliens in the census of US citizens has anything to do with libraries, other than cute generalities that libraries serve everyone, nor why ALA should file an amicus brief with the US Supreme Court on this issue.  Remember, a former leader of ALA, Judith Krug, told the New York Times she wished a Florida librarian would have followed library patron privacy laws instead of turning in to the police one of the 9/11 terrorists.  And here's ALA back at it again defending more illegal aliens who include terrorists:


Librarians, members of ALA, why is your library association spending money on something completely unrelated to libraries?  Is it using you to raise funds for causes supporting illegal aliens over Americans?  Is it the "American" Library Association?

It appears individuals use ALA resources to promote their own personal, political goals—again.

I want to know how much ALA spent on this latest political activism having nothing to do with libraries.  ALA talks about the "digital divide" then charges librarians to read or view its resources.  How much money was spent instead on filing an amicus brief in the US Supreme Court?  Could it have paid for free access to online training for librarians?

I hereby call on ALA to release that information.  Since we all know it will not, I am asking ALA insiders to collect the data then send it to me privately and confidentially at SafeLibraries @ pm.me so that I may publish it for everyone's benefit.  ALA believes in transparency, right?

Why is American Library Association @ALALibrary spending 💰 on counting ILLEGAL ALIENS as part of #Census2020 @uscensusbureau? 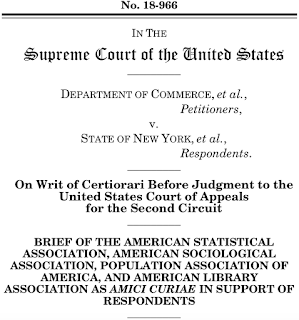 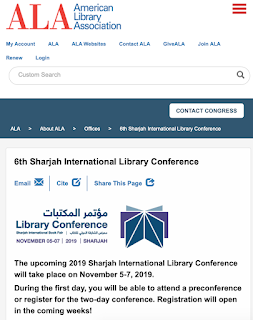 This publication is already getting a positive reception, including:

"Librarians, members of ALA, why is your library association spending money on something completely unrelated to libraries? Is it using you to raise funds for causes supporting illegal aliens over Americans? Is it the 'American' Library Association?" https://t.co/FYP8WV7zbH
— Mark Krikorian (@MarkSKrikorian) April 5, 2019


URL of this page:
safelibraries.blogspot.com/2019/04/the-un-american-library-association.html