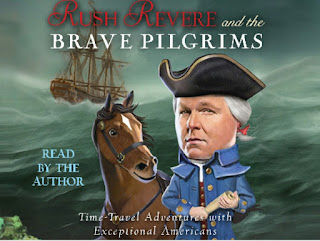 Librarians really hate Rush Limbaugh and really love censorship.  Below I present evidence of generalized hate throughout the librarian community, then I present visual evidence of a library hiding children's books by Mr. Limbaugh and the comments of the videographer.  Lastly I note "Banned Books Week" continues to be a hoax as one of its promoters is part of the Rush Revere censorship gang.

Look at librarians discussing how disgusted they are that Rush Limbaugh's Rush Revere books for children are in public libraries.  Look how they champ at the bit to get rid of the books or to keep them out in the first place.

In a Facebook public group having almost 16,000 members called "ALA Think Tank" (where ALA means American Library Association), people really hate Rush Limbaugh and the award-winning Rush Revere series of books for children.  As a whole, they definitely do not display any semblance of professional librarianship, ethics, nor opposition to censorship.  It is apparent their personal political interests take precedence over the public good.  And they are in your public libraries, many serving children.

Here is a recent example (from which I obtained the graphic above right):


:( feeling concerned.  Today at work, I discovered that Rush Limbaugh writes YA historical fiction... the covers of which are adorned with historical "hero" figures flaunting Limbaugh's face superimposed over their own...  Not sure what to say about this.


They're terrible. I had to print out a professional review for a patron at my old job to show them why I didn't order the books.


Yeah these are in my library... Ugh


We have them. Only because I'm in a conservative community and patrons asked. I tried to not buy them but director insisted...I don't think they circ well at all.


For context, here are librarians displaying hatred for Rush Limbaugh in the past when discussing Rush Limbaugh's having won an award—see also the comments:

This is in a profession that enables children having full access to the unfiltered Internet because it would supposedly violate their First Amendment rights to do otherwise, for example:

Some prominent librarians have spoken out to expose the profession on this issue:

SafeLibraries's co-author Kevin DuJan has specific experience with a public library intentionally blocking access to Rush Limbaugh's Rush Revere children's books.  The library cataloged Rush Revere children's books as adult political, then keep them locked up in a staff room, all to hide them from children.  This is the same library that he and Megan Fox exposed for covering up and still allowing child pornography viewing on the Internet after raising taxes and spending almost $1,000,000 to defend the practice: Orland Park Public Library, Orland Park, IL.  Watch the video: 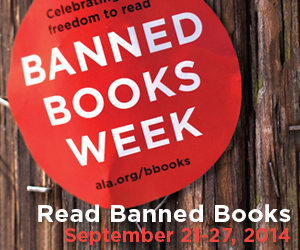 By the way, did you notice the librarian making the racist comment about "The Black Woman" to mock Rush Limbaugh and libraries carrying his books?  He worked directly with ALA to promote "Banned Books Week."  "Defend the Freedom to Read: It's Everybody's Job is an awareness campaign conceived by librarian and library activist Andy Woodworth.  OIF has collaborated with Woodworth and commissioned the creation of original art to help spread the word. "  [Footnote omitted.]
"With increased reporting, OIF will be able to better track challenges and removal patterns so as to advise members of the profession."  Yet here's Andy Woodworth not reporting to his own "awareness campaign" he created the censorship of Rush Revere books—instead he's joining in on the censorshipfest.   He's all for defending the freedom to read while defending the freedom to censor Rush Limbaugh books.  And he "collaborates" with ALA's so-called "Office for Intellectual Freedom."  So ALA is fully aware Rush Limbaugh books are being censored and is doing nothing about it—it won't even be mentioned during the annual "Banned Books Week" hoax.

When librarians oppose censorship, it is just for show designed to achieve a certain goal.  In reality, they are the censors.  I have written about numerous examples of librarians practicing censorship.  Above I presented evidence of librarians joyfully bragging about censorship.  I included videotaped evidence taken by my coauthor of a library hiding Rush Revere books.  That was during "Banned Books Week," further evidencing how it is a hoax.

This Rush Limbaugh instance is just the latest case of censorship by librarians, and the video evidence shows the censorship in action.  It is so common librarians brag about it openly on Facebook.  "I'm embarrassed to admit we have them here. Can't wait to weed-er. suddenly find they've gone missing." "I tried to not buy them but director insisted."

You can be sure no library media will cover this story of censorship by librarians.

Does your library have Rush Revere books?

Here's more librarians hating Rush Limbaugh more, and many other prominent conservative authors—and admitting how they practice what they call censorship:

When it comes to substantially similar behavior by a woman with respect to And Tango Makes Three for religious and general parenting reasons, suddenly librarians at ALA Think Tank are all up in arms to stop this woman, evidencing yet another double standard in librarianship:


I came across this ultra-conservative Catholic blogger who posted about "losing" library books and leaving "notes" in 50 Shades of Gray.

URL of this page:  safelibraries.blogspot.com/2015/12/librarians-hate-rush-limbaugh.html