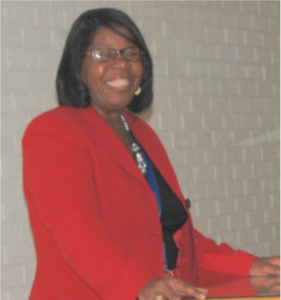 Spratt has been a tenacious advocate for fiscal responsibility and government accountability during her 4-year tenure as Bellwood’s director. (She has worked at the Bellwood Public Library for a total of 25 years.) She is a rare figure in Chicagoland, being a public employee who routinely said “NO!” to public officials who wanted to squander the public’s money and abuse their elected positions. Spratt is a woman of great integrity who stood up to bullying by board members the likes of which it is rare to see, even in Chicago. Being only human, it appears she reached the point where she just couldn’t take any more grief or abuse from the Bellwood Public Library Board of Trustees…and so she is calling it quits. While it’s hard to blame her, it’s also heartbreaking to see someone who loves her community and her library forced out of a job she clearly loves.

This is the latest in an ongoing struggle in Bellwood for a number of years, as we reported on here in the past. Bellwood Public Library has been plagued by board members who allegedly steal from the public, demand exorbitant reimbursements (including checks written in advance) for conference trips that some didn’t even bother to attend, (with other board members staying longer than a conference required, thus turning that trip into a “free” vacation the public had to pay for). Board members in Bellwood demanded to be fed dinner during board meetings and plotted to award lucrative renovation contracts and other highly-paid positions to friends or cronies. All the while, a shadowy and mysterious local political figure seemed to be pulling strings and influencing board members, giving the community the impression that the machinations ongoing at the library were similar to other schemes that appeared to be unfolding within Bellwood’s school district. It’s unfortunate that media outlets with the resources to fund investigative reporting and forensic accounting don’t make Bellwood a priority because there appear to be more layers upon layers (upon layers) of scandal in Bellwood than in the movie Chinatown.

So much happens there that it’s hard to follow all of the twists and turns. In the last election, it appeared that things would start to improve for Bellwood’s library when several n’er-do-well board members lost their positions. But even with those bad apples removed, the Board as a whole seemed to continue harassing Spratt in what appears to be a power play to force her to back off of her reform agenda. Spratt triumphed several times when various Board members invented false accusations against her or trumped up ridiculous excuses to fire her; some of these stunts triggered legal actions that resulted in judges protecting Spratt and her position. In recent remarks to the press, Spratt appears exhausted and at wit’s end.

“I’ve been fighting with the board almost since I’ve been the director and I just don’t want to fight anymore…I think that some people have hidden agendas that I’m not willing to go with,” Spratt told the Village Free Press on March 28th.

Bellwood’s library board has a long reputation for violating the Open Meetings Act by inappropriately holding closed meetings, calling improper special meetings as power plays on days when certain board members are not able to attend a meeting or voting on matters without a proper quorum. Last summer, the Board appears to have tried a new tactic to remove Spratt as an obstacle to their lawbreaking by filing a restraining order against her…but a judge quashed that gambit. This followed the Board attempting to remove Spratt as the director without any proper grounds for doing so…and the Board not being able to list a single thing she did wrong as director. The Board appeared intent on getting rid of Spratt because she was a consistent voice of reason that got in the way of whatever crazy or illegal thing the Board wanted to do.

This being Illinois, it should come as no surprise that this story ends with the good person feeling forced to leave her job while the bad public officials succeed in getting rid of her. Without Jacqueline Spratt in place to push back against the lawbreaking and looting of the Library’s coffers, it’s sad to think about the Bellwood community having no one to say “NO!” to this reckless and out-of-control board. The Bellwood Public Library is a true gem in an area often neglected in Chicagoland. It needs people like Spratt to thrive (let alone survive).

.
Our work is funded entirely thru donations and we
ask that you consider donating at the below link.

URL of this page:
safelibraries.blogspot.com/2018/03/crooked-library-board.html

Jet Versus the American Library Association

A shopping site called Jet responded positively—within 9 minutes—of being informed about sexually inappropriate images in its advertisements in online children's games. Contrast this with the American Library Association, an organization that for over 50 years has worked day and night to facilitate child pornography and sexual harassment in American libraries.  I note the sharp contrast between an organization that acts responsibly to immediately act to limit exposure of children to inappropriate material as opposed to another that spends decades maximizing such exposure.

Here are my messages and Jet's responses:

Hey Dan, thank you for reporting this to us and bringing this to our attention. We will be looking further into this.
— Jet Heads (@JetHeads) March 13, 2018

Best response I could have gotten. Thank you!
— Dan Kleinman (@SafeLibraries) March 13, 2018

Thank you for taking the time to send this over to us. Our specialty team will be taking a closer look into this.
— Jet Heads (@JetHeads) March 13, 2018

Really terrific. Kids play this game. So happy 😀 you’ll look into the situation. So happy you are taking this seriously. Many people simply don’t care anymore. I wish other companies cared about child 🧒 👶🏾 Internet safety like yours does. #parenting
— Dan Kleinman (@SafeLibraries) March 14, 2018

URL of this page:
safelibraries.blogspot.com/2018/03/jet-versus-american-library-association.html