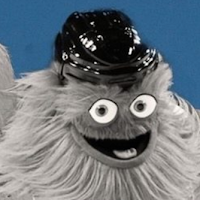 The American Library Association [ALA] called for people to vote for the Democrats in the current election.  That violates 501(c)(3) federal tax exemption rules.  How do we know?  Because the electioneering was then censored/deleted by ALA.

ALA and Wisconsin Library Association board member Nyama Reed said, "If you have patrons wondering why, or how, they should vote - send them this. Trust me. Click through."  Included was a picture of Kim Kardashian and another of President Donald J. Trump together with Kanye West.

Give credit to those who did see it as inappropriate: "Could we keep politics off the page unless specifically library related."  "[T]hese librarians are making their political opinion veeeerrryy clear by posting THIS as a way to encourage voter registration.  I am not here for this garbage."

Before ALA censorship of electioneering:


After ALA censorship of electioneering:


The above is just a single example of ALA electioneering.  Leading ALA members created and control the ALA Think Tank open Facebook group, and top ALA leadership regularly participate.  The page has been renamed to Librarian Think Tank then Library Think Tank, but the URL still includes "ALAthinkTANK."  Almost anything on that page can be viewed as coming from ALA, either directly or indirectly.

We know Nyama Reed didn't remove the page since, for her, "No.filter.here. Not even kids computers.":

URL of this page:
safelibraries.blogspot.com/2018/10/american-library-association.html