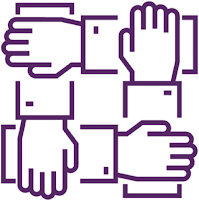 Librarians hate white people and use that racism to encourage other librarians to spread that hate into communities nationwide, and naturally Library Journal promotes this racism:

Library collections continue to promote and proliferate whiteness with their very existence and the fact that they are physically taking up space in our libraries. Via @sofiayleung https://t.co/iKEk0462Mh pic.twitter.com/ov8hZ5Zt2J
— Library Journal (@LibraryJournal) April 16, 2019


If you look at any United States library’s collection, especially those in higher education institutions, most of the collections (books, journals, archival papers, other media, etc.) are written by white dudes writing about white ideas, white things, or ideas, people, and things they stole from POC and then claimed as white property with all of the “rights to use and enjoyment of” that Harris describes in her article. When most of our collections filled with this so-called “knowledge,” it continues to validate only white voices and perspectives and erases the voices of people of color. Collections are representations of what librarians (or faculty) deem to be authoritative knowledge and as we know, this field and educational institutions, historically, and currently, have been sites of whiteness.

Library collections continue to promote and proliferate whiteness with their very existence and the fact that they are physically taking up space in our libraries. They are paid for using money that was usually ill-gotten and at the cost of black and brown lives via the prison industrial complex, the spoils of war, etc. Libraries filled with mostly white collections indicates that we don’t care about what POC think, we don’t care to hear from POC themselves, we don’t consider POC to be scholars, we don’t think POC are as valuable, knowledgeable, or as important as white people. To return to the Harris quote from above, library collections and spaces have historically kept out Black, Indigenous, People of Color as they were meant to do and continue to do. One only has to look at the most recent incident at the library of my alma mater, Barnard College, where several security guards tried to kick out a Black Columbia student for being Black.


At the September 2017 Board meeting, members reviewed the strategic plan and discussed critical issues facing public libraries today and the changing library landscape. Through these discussions, a need to update PLA’s vision to reflect the evolution of  collective thinking by the association’s board, leaders and members and the state of the library field emerged along with three recommended changes to the strategic plan goals: 1) add Equity, Diversity, & Inclusion as a goal; 2) separate Leadership & Transformation into two individual goals; and 3) remove Literate Nation as a goal.

Look below at the goal statement and its objectives from the "PLA Strategic Plan 2018–2022":


For example, inherently unsafe Drag Queen Story Hour, where libraries invite unvetted drag queens to read to children in libraries, is all about "social justice" masquerading as advancing literacy.  But literacy was explicitly removed as an ALA goal, as shown above.  Well, if children aren't of concern to ALA anymore, at least ALA will defend illegal aliens in the US Supreme Court—but do we citizens just sit back and let them do as they wish to and in our communities?

Here's another racist tweet, this one right from ALA itself about "Whiteness in Children's Literature":


It's been boiling for years, but now it's so out in the open that @Twitter @verified blue checkmark accounts are noticing and mocking ALA, including Wall Street Journal's Book Critic and author of "The Enchanted Hour: The Miraculous Power of Reading Aloud in the Age of Distraction" (Harper), Meghan Cox Gurdon:

Whoever tweeted this make no mistake has a degree of mental illness.
— yannispappas (@yannispappas) April 16, 2019

Is this a bad attempt at trolling, because the ratio here is hilarious. I don't think anyone thought this through at all.
— Jordan Palmer (@jccpalmer) April 17, 2019


Did you catch the gender neutral spelling of folks as folx?
— Dan Gainor (@dangainor) April 17, 2019


Mocking this is not the right attitude.  What needs to happen is the racist, anti-White, anti-American "social justice" warriors need to be removed from America's libraries and replaced with librarians, real librarians, really serving their communities, not indoctrinating them with racism and hate conveniently called "social justice" or "equity" or "diversity."  Ditto for the social justice warriors serving on board of trustees.  I encourage people to run or apply for those board positions and replace the haters who answer only to ALA, not their own communities.

And stop funding libraries until the ALA influence has been exorcised:


Here's PLA training the troops for insertion into our communities:

PLA is proud to announce the schedule for our highly anticipated symposium on equity, diversity, inclusion and #SocialJustice in #PublicLibraries: Feb. 25-26 in Denver, Colo., Aug. 12-13 in Charleston, S.C., and Oct. 21-22 in Chicago, Ill. https://t.co/0OpxEKBWX2 #PLAEvents pic.twitter.com/e0yvNrnbbj
— PLA (@ALA_PLA) December 20, 2018

Library Journal has deleted its tweet that was the subject of this story: 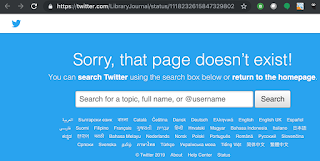 The tweet had about 400 likes and retweets when it was deleted, I can't be sure of the exact number.  I liked and retweeted it when I was the first or second person to do so.  It also had about 10,000 comments, almost all comments mocking the tweet and librarians for their blatant racist hate.  That's likely why it was deleted, although it had to be one of the most "popular" @LibraryJournal tweets ever.  My guess is the tweet was removed since it gave the impression Library Journal supported the tweet, as opposed to merely tweeting what some racist MIT university librarian wrote.  While I have seen regular racist hate at the American Library Association on which it thrives, I have never observed it at Library Journal, so I'm giving LJ the benefit of the doubt.

URL of this page:
safelibraries.blogspot.com/2019/04/librarians-hate-white-people.html