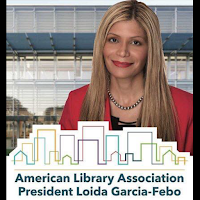 Would you allow your public librarians to attend events where people from the United Arab Emirates were intentionally excluded but everyone else was invited?  Of course not.  The American Library Association [ALA] attends such an event.  Only it's Israelis who are excluded.  That's antisemitism and ALA attends that event yearly, so ALA is an antisemitic organization—until it stops supporting hate.

The Sharjah International Book Fair in UAE excludes anyone from Israel—that's antisemitic.  ALA attends this antisemitic event yearly—that's antisemitism.  ALA does this despite years of criticism and has never stood up for human rights in this regard—that's knowingly and purposefully antisemitic.  Its President Loida Garcia-Febo touts "ALA's longstanding commitments with different countries into a Global Library Tour to bring my advocacy campaign, Libraries = Strong Communities, to places such as ... Sharjah International Book Fair...."  ALA's President literally touts antisemitism.  That builds "strong communities"?

Be clear that if an ALA President attended events where Arabs from UAE were excluded, ALA would be labelled as Islamophobic.  So ALA attending events where Jews from Israel are excluded is antisemitic. 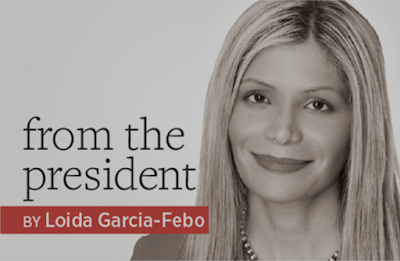 That said, the place for members to sign up on the ALA website does have Israel and does not have Palestine.


American Library Association not only attends, but actively participates, e.g.: "ALA President Loida Garcia-Febo will bring together concepts of libraries of all types as pillars of education and at the intersection of human rights, universal access to information, serving diverse and multiethnic populations, and making your library a welcoming place to all members of the community."  How can she talk about human rights and diversity at an antisemitic conference?


Here is a report from the Executive Director of ALA in 2016 showing how closely ALA is allied with the antisemitic organization, hyperlinks in original:


Librarians from across the Persian Gulf, Middle East, and North Africa (MENA) gathered at the Sharjah International Book Fair (SIBF) in the United Arab Emirates (UAE) November 8–10 for the third annual SIBF/American Library Association Conference.  The conference is ALA's most ambitious international professional development event, supporting ALA's global theme, "Partnering to build stronger libraries worldwide."  Approximately 350 librarians took part in three days of programs, training, and networking in both Arabic and English, with translation provided.  [ALA President] Julie Todaro and Miguel Figueroa provided keynotes.  You can find out more in the member release about the conference or American Libraries' Scoop.  Plans are already underway for the 2017 event.  [Source 1, Source 2]

The number of American librarians attending the annual antisemitic event is staggering.  Use of the Freedom of Information Act (FOIA) to uncover how much their communities paid or are paying for them to support antisemitism may be beneficial.  Those communities may wish to know and may wish to stop funding hate.


ALA MEMBERS KNOW ALA IS ANTISEMITIC: 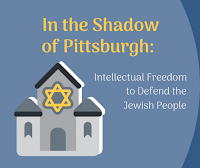 ALA does make an effort to show it is not antisemitic, for example, "In the Shadow of Pittsburgh: Intellectual Freedom to Defend the Jewish People," by Emily Schneider, Intellectual Freedom Blog, 12 November 2018.  But that is only to give ALA cover to perpetuate "the resistance": "the overwhelming inundation of hateful words and actions which have been seemingly encouraged by the presidency of Donald Trump and the subsequent empowerment of white supremacist, anti-LGBTQ, and specifically anti-Semitic groups."

Nevertheless, the publication goes on confirm antisemitism at ALA, hyperlink in original:


Even more troubling is the virtual absence of Jewish concerns on ALSC's blog. When I searched under "Jewish," as well as "antisemitism," to check if I had missed any past blog entries that would concede the existence of Jews as readers, I came up with nothing but some incidental references to characters and a discussion about holiday decorations in libraries. A parallel search of "Islam" at [sic] did produce some recommendations for books that would make Muslim children feel welcome and understood.

If librarians and other advocates for an inclusive and activist approach to literacy are afraid to discuss antisemitism as a deep-rooted and dangerous blight on society, one that is both related to other forms of hatred, and also uniquely menacing to the Jewish people, we have a problem that needs to be addressed.

EVEN BANNED BOOKS WEEK IS INFECTED BY ALA COVERING FOR TERROR:

Even Banned Books Week is infected by American Library Association's covering for terror.

Professional organizations=prof connections. ⁦@ALALibrary⁩ connected ⁦@Todd_burleson⁩ & I for #SIBFALA18. This formed a partnership & opportunity to learn & grow from & with each other. Most importantly I gained an insightful, supportive, generous friend. #aaslleaders pic.twitter.com/9mRGKEjmIq
— Wendy Garland (@dancelibrarian) November 19, 2018

@TheGermanNerd @LoulouTawfik I introduced you to my students today as I told them about my trip to UAE with #LegoTravelBuddy They really enjoyed meeting you! #sibfala18 pic.twitter.com/HxMCEPaGpa
— Todd (@todd_burleson) November 14, 2018

Taking a moment to reflect on a week of culture, kindness and colleagues. Thank you @ALALibrary @ALAIRO @SharjahBookAuth for inviting @dancelibrarian and I. We met some fantastic librarians and learned so much. Ready to continue the learning! #sibfala18 #we36 #legotravelbuddy pic.twitter.com/7LQ6VjBJoj
— Todd (@todd_burleson) November 12, 2018

Antisemitism is a growing issue. This is a big reason why.https://t.co/P0CFSxjEcf
— PragerU (@prageru) November 15, 2018

URL of this page:
safelibraries.blogspot.com/2018/09/antisemitism-at-ALA.html

Posted by SafeLibraries® at 11:22 AM No comments: