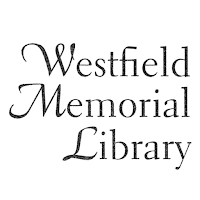 [UPDATED 22 MARCH 2016; SEE BELOW] In what may be a national first, a public library has approved the use of unfiltered computers in the children's section of the library.

The library policy is to allow unfiltered computers in the library section designed and designated for children.

I present the information released to the public as to the stated reasoning for allowing unfiltered computers in the children's section of the library.

The wording of this document and the manner in which is was created and adopted as policy may be used as a model by library associations nationwide for other public libraries to begin to remove Internet filtering from computers in the children sections of libraries.  Hence this local issue is of national interest.

Below are the words of and a graphic of the document I received from the library's director the day after I attended its board meeting on 19 November 2015; the document was read to the public in attendance:

The protection of minors is taken very seriously by the library’s Board of Trustees and the staff of the Westfield Memorial Library.  When the complaint that a child was accessing inappropriate websites in the Children’s Section of the library was first reported the staff and board acted promptly and responsibly.  Within 60 days, filtering software was identified, purchased, staff trained in its use and it was installed on 50% of the computers in the Children’s Section.

Additionally, the library’s Internet Use Policy was updated.  The updated policy was posted at all computers in the Children’s Section, clearly indicating which computers are filtered.  Procedures were created so that parents now receive the policy when registering their children for library cards, or updating existing cards.

During this period the library received no additional requests from the Westfield community to filter additional computers.

Finally, the Committee recommends that this issue be reviewed annually.

Additionally the library will look into conducting a program for the public on Internet safety.

For context, below is a computer in the children's section of the library, the computer is one of the 50% that are filtered, the notice provided by the library is seen on the bookcase over the top left of the computer screen (you'll have to click on the picture to get a larger view because the writing is too small and too wordy to be effective as signage), and a simple search for the word "playboy" resulted in the display of a number of naked women (I did this to test and report on the efficacy of the filter and it clearly failed; there were no children present or I would not have conducted the test):

I have filed a lawsuit against the library for its violation of civil rights as comprised in the New Jersey Open Public Meeting Act [OPMA].  Here are the legal documents so far: