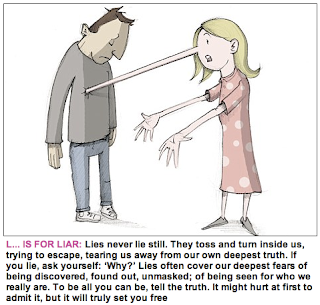 First, here is the propaganda piece itself:
Now here is my response to this misinformation.  Read the sources, then decide for yourselves:

"U.S. libraries are law-abiding public institutions that have earned the public trust year after year."  No.  False.  A very few libraries follow ALA OIF advice to skirt the law and end up defrauding the federal government of millions of dollars.  For example, every single library in Michigan getting federal government funding under "CIPA" for Internet Access is likely defrauding taxpayers, you and me: http://safelibraries.blogspot.com/2011/04/michigan-libraries-at-risk-of-massive-e.html

"Child pornography, obscenity, and materials deemed 'harmful to minors' are illegal and not knowingly available in libraries."  Now that is false.  Consider Maria Pagan, Holyoke Public Library Director, who covered up for a guy viewing child pornography: http://safelibraries.blogspot.com/2009/07/getting-away-with-murder-in-holyoke-ma.html

And then there's Barbara Jones's immediate predecessor, Judith Krug, the creator and four decade leader of the OIF, who said, "A librarian is not a legal process.  There is not librarian in the country—unless she or he is a lawyer—who is in the position to determine what he or she is looking at is indeed child pornography."  http://www.seattlepi.com/news/article/Libraries-vs-police-in-a-suit-sparked-by-porn-1093410.php

"An ideal example is the word, 'breast,' which many filters block.  The problem is that in addition to blocking what might be offensive content, the filter also blocks 'breast cancer.'"  Now this lady has gone from misleading people to flat out lying.  She is lying.  She is in the very position to know better, and she chooses instead to lie, so she is purposefully lying.  Even the ACLU admits filters are 95% effective and no longer filter out health-related information: http://www.paed.uscourts.gov/documents/opinions/07D0346P.pdf

"Filtering Internet content, though it is not an ideal solution. .... Librarians are trained to spot problems with public Internet use and work with others to uphold the library's written Internet use policies."  Did I not just quote Judith Krug as saying librarians are in no position to judge child pornography?  Here is another Krug quote, this one showing librarians do the exact opposite of what the new OIF leader just said, "I have a real problem when people say, 'Well I walked by and you should have seen what was on the computer screen.'  Well, don't look, sweetie.  It's none of your business.  Avert your eyes." http://www.nytimes.com/library/cyber/week/011897library-florida.html

Further, the case that found filtering to be legal, US v. ALA—http://laws.findlaw.com/us/539/194.html—and notice Barbara Jones tellingly does not mention this case—says the opposite of what Jones says.  The case says filters are the best means for achieving the desired end, and other means are less effective or counter effective.  Jones says they are "not ideal," they "won't do it for them," then offers librarians as the ideal solution, even though the OIF's creator and four decade leader said people are to avert their eyes and librarians are not in a position to make judgments even if they did look.  So one OIF director says librarians are the solution while another says, "I get very concerned when we start hearing people who want to convert this country into a safe place for children.  I am adult.  I want available what I need to see."  Nice, huh?  http://articles.chicagotribune.com/2005-06-23/news/0506230234_1_library-board-president-library-officials-magazine

"Working closely with law enforcement, Trustees, and other community stakeholders."  The misinformation continues from this ALA OIF leader.  No, they do not work closely with law enforcement since they are directed not to assist: "As for obscenity and child pornography, prosecutors and police have adequate tools to enforce criminal laws.  Libraries are not a component of law enforcement efforts...." http://www.ala.org/template.cfm?section=otherpolicies&template=/contentmanagement/contentdisplay.cfm&contentid=13098

What a disgrace.  Here is the ALA OIF leader saying the exact opposite of what the US Supreme Court said in the case the ALA lost big that I linked above.  Here is the ALA misleader, Barbara Jones: "If you are a librarian or trustee, you know that there are all sorts of ways to design library space with such devices as recessed screens and pie-shaped carrels to meet the Internet access and privacy needs of the entire community and still offer First Amendment protection for the right to access needed information."  That is flat out false.  It is disgraceful that the OIF leader herself should make such a flat out false statement.  Why can she not simply address the issue in a truthful manner?  How can anyone believe a word the ALA OIF says?  Here is what the US Supreme Court said, and notice that it directly contradicts the very ideas put forth by the ALA leader: "In any case, the suggested alternatives have their own drawbacks.  Close monitoring of computer users would be far more intrusive than the use of filtering software, and would risk transforming the role of a librarian from a professional to whom patrons turn for assistance into a compliance officer whom many patrons might wish to avoid.  Moving terminals to places where their displays cannot easily be seen by other patrons, or installing privacy screens or recessed monitors, would not address a library's interest in preventing patrons from deliberately using its computers to view online pornography.  To the contrary, these alternatives would make it easier for patrons to do so."

"Make it easier for patrons to" "view online pornography."  So Barbara Jones, ALA's OIF leader, is using the loud megaphone of the Huffington Post to push false information that makes it easier for library patrons to view pornography, and it is right there in the US Supreme Court's own words.  I'm just the messenger.  At the same time she is lying that filters do not work. 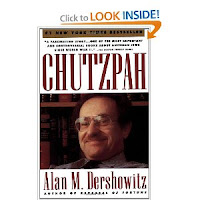 "The American Library Association can provide materials to assist in such civic engagement initiatives."  Right.  Like the ALA just informed the entire nation the exact opposite of what US v. ALA says.  Where is Alan M. Dershowitz when you need him—this ALA has got real chutzpah.

And don't forget, Know the ALA.

As an aside, a librarian from a prominent NJ library asked me for my opinion on this Barbara Jones piece.  She said, "I honestly want to understand both sides.  I think ala does a lot of good, but is not always right."  I agree.  But she stopped talking after realizing she was using the library's Twitter account instead of her personal one.  I hope she doesn't get fired for having an open mind and speaking with me.  Isn't it sad librarians are afraid to speak with me?  Some aren't, however, and I hear from quite a few.  Talk to me!  I don't bite!

None other than Barbara Jones herself has already proven me right in at least one instance.  See: