SafeLibraries®'s Dan Kleinman (973) 610-8296 is a "library watchdog."  AFP calls SafeLibraries® "a clearing house for information about challenging books."  For example, here I am on the front page of USA Today: "Schools Once Again Face Bind Over Censorship vs. Book Lists; Pressure from Parents, Boards a Rite of Fall Season," by Natalie DiBlasio, USA Today, 19 August 2011, p.1A.  See also, "Radical Librarians: How the Nation's Libraries Turned Into Hotbeds of Political Activism," by Dana Kennedy, The New York Post, 11 September 2022, pp. 36-37.

My email is SafeLibraries@protonmail.com.  This is for confidential email, especially for librarians and library employees experiencing s3xual harassment from porn-viewing patrons, since it is confidential/secure thanks to ProtonMail Secure Email.  I also use 2FA to lock out hackers.  Otherwise, normal emailers could use SafeLibraries@gmail.com.

Dan Kleinman @SexHarassed
has been fighting to break this story for YEARS https://t.co/AqRmn2iliM

My work is cited in 15 US patents by Nintendo.

I appear in legal reporters (likely more to come):
A Pulitzer prize winner and former New York Times writer wrote about me in his new book: "Freedom of Speech; Mightier Than the Sword," by David K. Shipler, New York, NY: Alfred A. Knopf (2015).

Ernest Istook, the author of the Children's Internet Protection Act [CIPA], has described me as a "trusted source" on the issue of how the American Library Association misleads communities about public library law.  Watch here.  In response, ALA advises reporters that, in short, I'm the devil himself, according to what reporters have admitted to me after finding what I've said to be 100% accurate.

ALA tacitly admits I'm a "trusted source" as well as it feels the need to censor itself if I attend its trainings.  It blocked me from at least one it controlled, but where it cannot block me, its de facto leader says the following in this November 2013 email, emphasis in original:


First off is whether you have any way to limit attendance to RAILS members.  IF Dan Kleinman or some of our detractors attend, we will need to change our content.  We've dealt with this before, so if it is an open webinar, we just need to know that.

ALA was even involved in TWO lawsuits seeking to silence me!  One was a SLAPP suit in federal court and the other was designed to prevent me from speaking electronically to libraries nationwide!  Read them here.

I have an entire chapter devoted to me about those lawsuits in "Shut Up! The Bizarre War that One Public Library Waged Against the First Amendment," by Megan Fox and Kevin DuJan, Amazon (2016) where I am described as "the nation's leading expert on dangers to children in public libraries" "who runs the single best clearinghouse of information online exposing the lies that the ALA tells to librarians, parents, and the media alike."

I myself have sued a public library for violating the Open Public Meetings Act to pass policy allowing children to access Internet pornography on computers in the children's section!  See: tinyurl.com/LibraryOPMA and http://tinyurl.com/LibraryOPMAReply.  I lost because I could not afford legal services to defend the public's civil rights.  The judge would not even read the certification of the parent whose child viewing Internet porn in the kids section.  I thought justice would take precedent over procedure, but I was wrong.  Legal counsel would have prevented that.  I am sure the technique of updating Internet Use Policies behind closed doors in violation of sunshine laws, then forcing the few who even notice to sue, will be used by ALA to spread Internet pornography into children sections of libraries nationwide.  Advice: hire an attorney.

The Illinois Attorney General has launched investigations into one public library repeatedly blocking me from speaking despite the law:

I love this: "Dan Kleinman, the nation’s leading expert on dangers to children in public libraries, who wrote extensively about the disgusting behavior of OPPL employees in not responding properly to serious crimes such as child porn being accessed on public computers in their facility. Kleinman has been a decade-long critic of the American Library Association, which is a George Soros-funded lobbying group based in Chicago that Kleinman argues is largely responsible for the disturbing pattern of library employees not doing the right thing when children are endangered in public libraries or when illegal content is accessed on library computers or WiFi networks."

My work with regard to the Colorado Children's Internet Protection Act resulted in one school being required to comply with the law regarding school iPads where the school had refused to filters the iPads in accordance with the law.

I helped a mom protect her right to breastfeed in the Charlotte Mecklenburg Library. 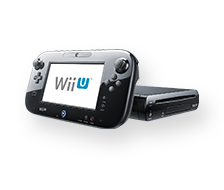 The Spokane County Library District added Internet filters, a result, in part, of my assistance.

I have exposed to the Federal Communications Commission massive fraud in public libraries nationwide that steal from the "Universal Service Fund" that appears on everyone's telephone bills.

I have recorded an ALA award winning author essentially admitting ALA fakes its annual top 10 list of challenged books.  ALA's faking the supposed "banning" of books dealing with homosexuality, and greatly exaggerating the extent of such "banning," harms the LGBT community by normalizing harassment that ALA fakes to use the LGBT community to spread the ALA false message.  Did you know "And Tango Makes Three" was at the top of ALA's annual list until I exposed ALA's fraud and the book disappeared for two years?  So ALA harmed the LGBT community for five years running and I stopped the abuse by exposing the truth.

I brought to national attention that ALA was anonymously promoting "net neutrality" on Wikipedia despite ethical and federal tax codes, and ALA reacted by having me blocked from Wikipedia.

Associated Press uses law enforcement experts found while searching my site, likely since the ALA/American Libraries and the independent Library Journal do not report on what they do not want people to hear.

My work is cited and discussed in hundreds of places and studied in dozens of library schools, including international ones.

The ALA awarded $1,000 to an author who grouped me with the popular Annoyed Librarian of Library Journal and the Conservative Librarian David Durant who is serving in Iraq with the US Army, calling us "spectral dinosaurs of ignorance and intolerance."  See: "Jeanette Smith Receives the 2013 Ken Haycock Award for Promoting Librarianship," by Cheryl M. Malden, American Library Association, 22 April 2013.  I am happy to be in that group and happy to be ridiculed by the ALA for attempting to advise communities about how ALA's pro porn policies harm communities.  For an organization that supposedly supports free speech, it cannot abide anyone who exposes its harmful policies; this is another example.  It literally gave an award to someone who maligned me, the Annoyed Librarian, and an active soldier in the US Army who all opposed ALA porn-promotion policy, claiming that promoted librarianship.

I am also a journalist.

Here I am in British media:

Most significantly, the author of the Children's Internet Protection Act says exactly what I have been saying:

I help people and governments across the nation and internationally.  For example, here's how to make libraries safer:


I also assist in writing legislation and, using my background as an attorney, may assist with litigation and/or expert evaluation/testimony.  I am even a volunteer librarian, though I have no training from an ALA-accredited library school.  But I really love my volunteer work and I'm gaining even more of an appreciation for professional librarians, and especially patrons.

Some evidence of ALA recognition of my success in informing communities includes:

In June 2007, Dan earned a Certificate of Completion in "Presenting Internet Safety Programs to Teenagers" by the Morris County Fire Fighters and Police Training Academy.  As a result, Dan's guidance for parents can be found at LMIRL.  Curious what LMIRL means?  If you don't know, your children may be in danger.

In May 2007, Dan earned CLE credit in "Lawyers for Libraries" by the ALA.  That's what I could have said had the ALA's "Office for Intellectual Freedom" not repeatedly raised new hurdles to keep me out of that very class despite Pennsylvania Supreme Court Rules.  Read this hypocritical disgrace in the ALA's own words at Unequal Access.


Members of the Media

Members of the media seeking another point of view on school book challenges or library crimes and coverups are welcome to contact me at any time.  Unlike the ALA, I provide accurate information, including a list of reliable sources where anyone can determine the truth of the matter for themselves.  Hint:  US v. ALA and Bd of Educ. v. Pico.

There's a lot more about me on the Publications page.  And I discuss how I started here.

See Me In Action

URL for this page:  tinyurl.com/AboutSafeLibraries