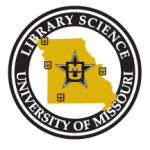 The American Library Association's anything goes at any age policy has been criticized by a University of Missouri School of Information Science & Learning Technologies student.  It is outstanding:


It is republished below (emphasis/hyperlinks in original, graphics added) with permission of the author, who adds in an email to me:

[T]he assignment was to articulate the ALA's position on children and intellectual freedom, then respectfully present opposing viewpoints.  The class is teaching us to be critical, not dogmatic.

What an excellent class, obviously with an excellent professor.  Teaching students to think past the ALA "dogma"—that is true intellectual freedom.  I'm going to ask this student to join the library watchdogs.  Anyone else interested?

American Libraries and Young Patrons
[A paper for my Intellectual Freedom class.]

According to the American Library Association's (the ALA's) Library Bill of Rights, "A person’s right to use a library should not be denied or abridged because of origin, age, background, or views [emphasis added]" (1996).  This policy of age non-discrimination has several controversial consequences: minors may view any materials adults may access, parents must take full responsibility for restricting their own children, and librarians may not hesitate to select materials they personally consider inappropriate for minors or adults.


"Constitutionally protected speech cannot be suppressed solely to protect children or young adults from ideas or images a legislative body believes to be unsuitable for them.  Librarians and library governing bodies should not resort to age restrictions in an effort to avoid actual or anticipated objections, because only a court of law can determine whether material is not constitutionally protected." (ALA, 2008)

Before examining what counts and what doesn't count as "constitutionally protected speech," it's important to notice the uniqueness of the ALA's position:  libraries may not restrict materials for minors unless that material is constitutionally unprotected.  Movie theaters routinely deny unaccompanied minors admission to R-rated films even though these films are constitutionally protected speech.  Same goes for selling M-rated video games to minors.  These industries voluntarily restrict direct access by minors to keep the public from demanding that all films and video games be "content appropriate" for minors (Scales, 2009).  The American library industry — so to speak — has deliberately decided not to apply such a policy.

There is one more major complication:  the same materials can be classified as protected, non-obscene speech for adults but unprotected, obscene speech for minors.  In a late 60's Supreme Court case, it was decided that pornographic magazines could be denied by law to minors while allowed by law to adults (Ginsberg v. New York, 1968).  However, as seen in the long quote above, the ALA insists on waiting for a court of law to classify materials as "obscene" — for everyone — before libraries may deny access to minors.

Do libraries have a legal obligation to offer minors access to all materials which are constitutionally protected for adults?  Despite the ALA's age-agnostic presentation of the issue, the answer appears to be: no, libraries are not legally obligated to provide full access to minors:


"The interest in protecting young library users from material inappropriate for minors is legitimate, and even compelling, as all Members of the Court appear to agree.  Given this interest, and the failure to show that adult library users' access to the material is burdened in any significant degree, the statute is not unconstitutional on its face."  (United States v. American Library Association, 2003)

This does leave open the question of whether libraries may restrict materials more narrowly than local legislative limits, but the simplistic principle of equal access does not stand up to scrutiny.

All Responsibility on Parents


"Librarians and library governing bodies cannot assume the role of parents or the functions of parental authority in the private relationship between parent and child.  Librarians and governing bodies should maintain that only parents and guardians have the right and the responsibility to determine their children's—and only their children’s—access to library resources." (ALA, 2008)

To use a film example again, it's common for video rental stores to deny R-rated rentals to minors by default, unless a parent adds an authorization to the family account to permit a particular child to rent R movies on his or her own.  Librarians following the ALA's code will allow minors to check out any materials from the library by default.  Can parents ask the library to not allow their own children to check out R-rated movies?  The ALA says "no."  Or put more positively, "Visit the library with your children.  If that’s not possible, ask to see the materials your children bring home.   Set aside a special shelf for library materials.  If there are materials on it you don’t approve of, talk with your children about why you would rather they not read or view them" (ALA, 1999).

Criticism of All Responsibility on Parents

Some parents consider the ALA's stance too "retroactive" to give parents informed control over their own children's library access.  Relying on children to hand over all materials to their parents for approval is, well, unrealistic.  Parents Against Bad Books in Schools (PABBIS) proposes a system of "Upfront-Informed Parental Consent" for assigned readings as well as school library collections.  In this system, parents would be given a write-up describing the content and justification for using each book, along with possible alternatives.  Parents would need to sign off on the book or pick an alternative for their own children (PABBIS, n.d.).

While this may work for assigned classroom readings, it's unclear how such a system would work for a library as a whole.  Perhaps parents could give blanket pre-approval for their children to read materials with certain ratings, but require specific consent on anything beyond those ratings.  It would be interesting to know the degree to which librarian opposition to such a scheme is a matter of convenience versus a matter of principle.


"Libraries should not limit the selection and development of library resources simply because minors will have access to them. Institutional self-censorship diminishes the credibility of the library in the community, and restricts access for all library users." (ALA, 2008)

Given the policy of full access to library resources for minors, it might be tempting to limit minors by limiting the entire library.  It would be like allowing minors to rent any movie at a video store without parental permission, while simply not carrying anything rated higher than PG-13.  Some parents would no doubt appreciate the existence of such a video store, but our society would be poorer if every video store were of this kind.

Internet access really brings the question of restrictions to the forefront.  While it's possible to subtly limit local resources out of a consideration for minors, the full diversity of the Internet comes as a single package unless librarians take the additional step of applying a filter.  The ALA opposes such filtering:


"So, just as librarians do not monitor the books or periodicals people bring into or check out of the library, allowing people to decide for themselves what they wish to read and study, the Internet empowers users to choose for themselves the information they wish to view.  Librarians can—and do—help guide searches, but they do not advocate limiting access to legal speech, because blocking access to constitutionally protected speech is unconstitutional." (ALA, 2003)

The ALA's position has been that public libraries, as public organizations, are bound by the First Amendment in ways that private organizations — like video stores — are not.

Once again there is an absolutist legal question to clear up before discussing matters of degree.  Can libraries self-impose content restrictions on constitutionally protected materials for adults?  A judgment by Washington state's Supreme Court touched on this in the context of Internet filtering for adults:


"The principle that a library has no obligation to provide universal coverage of all constitutionally protected speech applies to Internet access just as it does to the printed word in books, periodicals, and other material physically collected and made available to patrons." (Bradburn et al v. North Central Regional Library District, 2010)

It remains to be seen whether a higher court will affirm or overturn this decision.  A strong answer either way would be helpful because the ALA insists that restrictions on protected speech are unconstitutional, while the ALA's critics want local communities to have a say in where to draw the line for public libraries.

Extremes are easy.  Conservative patrons worry about a policy of "anything goes."  The ALA worries about a policy of "anything someone doesn't like goes away."  It can seem like the only way to avoid one extreme is to embrace the other.  This makes the status quo unstable and contentious.  Sacrificing the principle of absolute age equality may be a necessary step toward keeping libraries free for adults and as open for children as their parents want it to be.

American Library Association. (1999).  Strategies and tips for dealing with challenges to library materials. Retrieved from http://www.ala.org/advocacy/banned/challengeslibrarymaterials/copingwithchallenges/strategiestips