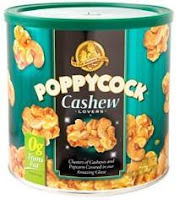 The Birmingham Public Library, Birmingham, AL, had (and may still have) an anything-goes policy that allowed pornography, and as a result the librarian was repeatedly sexually harassed by patrons.  Result?  A $150K settlement with the city of Birmingham.  And she's not the only librarian forced to sue in that library after library management refused to budge:

The American Library Association [ALA], the leading group advising libraries nationwide how to skirt the Children's Internet Protection Act [CIPA] that would have blocked pornography, the group that state/federal filtering case winning library director Dean Marney says uses "dogma" to mislead people, the group where Birmingham library director Irene Blalock "is a member ... and presently serves on the board of the Public Library Association, a division of ALA," has done nothing to help the injured librarians.  In addition it has suppressed information on this latest librarian sexual harassment settlement from its publications.

Besides the ALA, the non-ALA Library Journal is also hiding something.  For example, the recent $150K settlement is nowhere to be found in the Library Journal or the ALA's monthly American Libraries magazine, its ILoveLibraries.org, or its home ALA.org, even months later.

Read that poppycock paragraph again: "Hear that poppycock and a response from librarians who still believe in intellectual freedom."  Notice anything?  In context with the title and the rest of the paragraph, the writer is saying that blocking pornography is antithetical to "intellectual freedom."  The US Supreme Court said the exact opposite a year later in 2003.  So the ALA (and Library Journal) is teaching things that it wants people to think but that is simply the exact opposite of reality.  See:

Speaking of the exact opposite of reality, the ALA is still pulling the wool over people's eyes.  Just recently one of its leading attorneys warned libraries to avoid filtering libraries claiming such filtering would invite litigation.  First, it would be the ALA/ACLU, both losing plaintiffs in US v. ALA, that would bring such suit, so warning libraries about law suits they might themselves bring is partly dishonest and partly a threat.  Second, the ALA attorney, Theresa Chamara, writing even after the $150K and the $435K poppycock, while threatening litigation should libraries filter, completely 100% leaves out the exact opposite, that not filtering may result in $150K/$435K poppycock.  So librarians are getting intentionally misleading information from top ALA leadership using an attorney to freeze them into inaction on filters.  See for yourself, and pay attention to the comments as well:
Isn't $150K or $435K significant?  But there's no hint of such costs for the failure to filter, merely a warning that filtering "may open the door to years of litigation and significant legal expenses."  That is intentionally misleading.

Further, Eugene Volokh, a law professor at UCLA, points out the significant differences between a filtering suit and a sexual harassment suit, something else Ms. Chmara conveniently omits:


Of course, a library that uses filtering software on all its terminals risks inviting—and losing—a First Amendment lawsuit, Volokh said, alluding to a 1998 federal district court decision declaring that the filtering policy of a public library in Loudoun County, Va., was unconstitutional.  [Note:  US v. ALA grew out of that case and effectively reversed the Loudoun decision.]

But losing a First Amendment lawsuit will subject a library to "nominal damages," Volokh said.  Losing a Title VII discrimination lawsuit can result in damages "with lots of zeros in it," he said.  Faced with the choice between two equally hazardous legal alternatives, library trustees will logically opt to install filters and ward off harassment suits with potentially massive damages, he said.

Can you see why the ALA attorney conveniently left that out?  Quote source:  "Controversial Ruling on Library Filters," by Carl S. Kaplan, Cyber Law Journal, The New York Times, 1 June 2001.

Keep In Mind That ALA Intentionally Misleads on Library Filtering

Librarians May Wish to Consider Other Sources of Library News

If you are a librarian reading this post, this may be the only source of information for you about sexual harassment in libraries due to unfettered porn occasioned by ALA diktat.  ALA/Library Journal suppresses such information and calls it "poppycock."  In contrast, information contained herein, along with the underlying hyperlinks and their associated primary sources linked therein such as actual legal complaints, may give you what you need to bring your own legal action for redress and an end to ALA policy applied locally that is causing so much harm—like $150K worth of harm for one librarian, the case for the other librarian still in the works, and $435K worth of harm for twelve librarians. 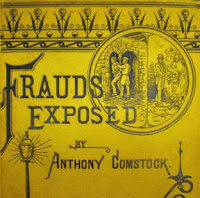 
Is There a Tactical Effort to Settle Cases to Prevent Precedent Setting?

The $435K case settled.  Now the $150K case settled.  Who wants to bet that the cases are settling due to a tactical effort to avoid any court from setting precedent by ruling that pornography in public libraries may lead to sexually harassing work environments like the EEOC did?  I predict all such cases will settle because the ALA and its acolytes do not want a poppycock precedent. 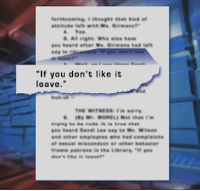 Advice for Attorneys to Push for More Settlement Money

Lastly, note I have been writing and speaking on this particular injustice in Birmingham for years, since 18 January 2011.  I'll be happy to assist any library employee or legal counsel.

Isn't it sad that SafeLibraries is speaking out for sexually harassed librarians and library employees, while "ALA Blowhards" do nothing to help and may actually be making things worse?  "Know the ALA."