When I first started at my small town library two years ago, I was so thrilled to begin work as a real reference librarian.  That more people in town had dropped out of high school than attended graduate school did not bother me—I had arrived on my beacon of light powered by ideals from Library School.  That librarians could empower patrons to be just like Ray Bradbury and educate themselves through their local Public Library excited me.  Accessing information, whatever information they want, is our mission as librarians after all, and I vowed to dutifully serve my role as conduit.

Although I've never helped a patron search for pornographic materials, as the second in command at my library, I've encountered several situations over these two years where patrons have viewed graphic images on our public stations.  Most recently, I had to ask a patron to leave who was watching loud and explicit pornographic videos.  That it was offensive even to me, a bleeding heart hippie and liberal, is beside the point.  What is upsetting is that some people believe accessing pornography at the public library is a right.

The Annoyed Librarian said it well:

I heartily agree.  As much as I despise the argument disgruntled patrons use when I tell them they have fines ("my taxes pay your salary!"), I think this is one instance where most patrons of a small town library would agree with me: no one wants their 75 cents of town taxes going towards a neighbor's public sexual satisfaction.  Maybe there should be public adult only libraries, I'm not sure.  But I am confident public institutions that require its employees to monitor computer usage would not want to face a sexual harassment lawsuit from one of its employees because she was forced to sit at a desk in view of naked genitalia.  Let alone from one of its loyal conservative patrons with young children.

The trustees at my soon to be former library are being petitioned by a group of parents to purchase filtering software to prevent patrons from viewing pornographic images.  This is a valid reaction, because our current policy gives patrons a warning to end their pornography viewing behavior before they are banned (temporarily, typically three or six months).  This group of parents is upset that their children were privy to sexually explicit content and harsher action was not taken immediately against the offending patron (he got a warning and his sessions for the day were terminated).

But Filtering Software is Imperfect

Current filtering software is very imperfect and requires someone to continually adjust "the filter as needed when sites that should be allowed are being blocked."  I can't imagine how my library (or anyone else's for that matter) would be able to justify a poorly staffed reference desk but a position that would be able to vigilantly un-block sites like "child sex abuse information" or "breast cancer facts."  LibraryFiltering.org (from which the previous quote was taken) also warns: "do not rely upon patron complaints to tell you whether your filter is working because experience shows that most patrons do not complain when a site is blocked."

I think it is a fair solution (considering limited human and financial resources) to ban patrons from the library when they violate a clearly stated computer use policy—first strike, he should be out.  Viewing pornography is a personal choice, and looking at it in a public space forces it on others.  Perhaps if we look at it as a form of visual rape, maybe we won't have so many librarians crying injustice.

After the Thrill is Gone

What can you do when your dreams come true
And it's not quite like you planned? 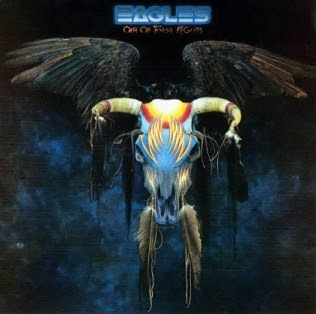 Throughout my two years at my position as Adult Services and Reference Librarian, I can now see my slow transition away from my initial thrill in helping people access information.  In my first month on the job, I vividly recall helping a patron set up a Facebook account; he wanted to locate an old girlfriend and "heard this was the best way to find her."  Of course, Facebook requires an email address, so I helped him set up that account first, spending two hours with him over two days.  As a one woman department, there were undoubtedly other patrons who could have used my assistance, but since I was away from my desk for so long, I'll never know—I should have referred him to the monthly Social Networking Workshops I used to teach.

It only occurred to me weeks later that I could have been abetting a stalker, but since I was so passionate about helping teach people how to access the online world, I did not judge his request for assistance.  I do, however, question my title: Google "adult services" and you'll know what I mean.


A librarian submitted for publication the above on banning patrons instead of
using filtering software in public libraries.  I am publishing it
anonymously for her protection.  I am happy to
present fresh, new ideas like this.
Join the Watchdogs.