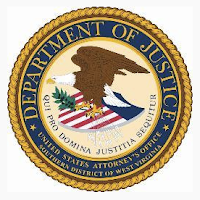 Let's see how well turning off filters upon request works:


CHARLESTON, W.Va. – United States Attorney Booth Goodwin announced today that a Wood County man was indicted by a federal grand jury sitting in Charleston for a child pornography offense. Matthew John Wiggins, 40, of Parkersburg, W.Va., was charged with access with intent to view child pornography.  The single-count indictment alleges that on January 17, 2013, Wiggins viewed images of child pornography from a computer that was located inside of the Parkersburg & Wood County Public Library.

Wiggins faces a mandatory minimum of 10 years and up to 20 years in prison because of his previous conviction in the United States District Court for the Southern District of West Virginia for possession of child pornography.

The West Virginia Internet Crimes Against Children Task Force and the Parkersburg Police Department conducted the investigation.  Assistant United States Attorney Lisa Johnston is in charge of the prosecution.

The indictment was brought as part of U.S. Attorney Goodwin's ongoing initiative to combat child sexual exploitation and abuse in the Southern District of West Virginia.

Note: The charge contained in the indictment is merely an accusation, and the defendant is presumed innocent unless and until proven guilty.

Click here to view a copy of the indictment.

SOURCE of the above:

1.   On or about January 17, 2013, at or near Parkersburg, Wood County, West Virginia, and within the Southern District of West Virginia, defendant MATTHEW JOHN WIGGINS did knowingly access with intent to view material, that is, computer graphic image files, containing images of child pornography, as defined in 18 U.S.C. § 2256(8)(A), that involved prepubescent minors and which had been shipped and transported in and affecting interstate and foreign commerce by any means, including by computer.
2.   At the time defendant MATTHEW JOHN WIGGINS possessed child pornography, he had a prior federal conviction in the United States District Court for the Southern District of West Virginia, that is, Possession of Child Pornography in violation of Title 18, United States Code, Section 2252A(a)(5)(B).

SOURCE of the above:

URL of this page:  safelibraries.blogspot.com/2013/07/USDOJ.html