ALA Misleads on Internet Pornography in Libraries

ALA's Omits Pornography, But Is It Intentional?

ALA Advises Libraries to Mislead Media and Communities 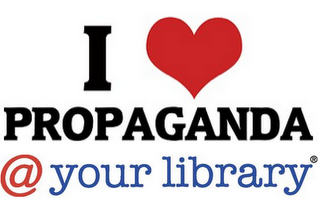 ALA advises libraries to mislead media and communities by intentionally refusing to answer questions about pornography then reframing them as something else.  When asked a tough question, a librarian, trained by ALA diktat, will change the topic to how wonderful is the library:


Dan Proft: What?  Wait, oh okay.  So why don't you have filters on the computers that adults have access to?

Bridget Bittman: Well, let me explain also that on our teen computers, that consist of kids who use it from ages, uh, probably around 12, 13 to the age of 17, those computers are filtered as well.  Because we feel that those safety measures for kids are very important. In addition to parents supervising whatever they look at online.  And we also recommended that parents take a look at what their kids are checking out…  (overtalk)

So OPPL follows ALA diktat to mislead media to a tee.  Here are sources for the above:

I am directly responsible for forcing ALA to finally address the issue of pornography in libraries and to make what amounts to admissions against interest.  I was quoted in the Chicago Tribune in the OPPL matter saying no library has even been sued for blocking porn.  As a result, the following was published:
That must have struck a nerve because ALA felt the need to respond to "correct" "several factual inaccuracies," like my assertions as reported by Mr. O'Connor that a lack of filters sometimes results in sexually harassed librarians and resultant lawsuits:
Therein, Deborah Caldwell-Stone, the ALA attorney who spoke at OPPL as discussed above, said, "CIPA does not require libraries that accept e-rate discounts to filter 'pornography.'"  "Notably, materials some consider 'pornographic' or 'indecent' do not meet the standard for obscene material and are thus fully protected by the First Amendment. "

The US Supreme Court case finding CIPA to be constitutional interpreted the law as enabling the blocking of pornography, not just obscenity nor child pornography that the Court had addressed in prior decades.  The Court would not have taken the case in the first place if it was only to repeat what it had decided in the past.  So what ALA is misleading people into thinking is exactly the 100% opposite of what US v. ALA ruled.  It doesn't make sense to have a law and a Supreme Court decision ruling on that law to decide what was already decided about obscenity in a previous Supreme Court case in 1973.  Read US v. ALA, 539 US 194 (2003) ( http://laws.findlaw.com/us/539/194.html ).  Read what the CIPA author said about how ALA misleads people on the law ( http://tinyurl.com/ErnestIstookInterview ).  Yes, I am named by CIPA's author as a "trusted source" for exposing ALA propaganda, so all inquiries are welcome despite ALA warnings not to speak to other attorneys.

US v. ALA said, "The decisions by most libraries to exclude pornography from their print collections are not subjected to heightened scrutiny; it would make little sense to treat libraries' judgments to block online pornography any differently."  It does not say only obscenity.  It does not say only child pornography.  It says pornography.  US v. ALA holds, "public libraries' use of Internet filtering software does not violate their patrons' First Amendment rights."  ALA holds "materials some consider 'pornographic' or 'indecent' do not meet the standard for obscene material and are thus fully protected by the First Amendment."  Perhaps generally, but not specifically in a public library, thanks to CIPA and US v. ALA.

Not Everyone Is Fooled by ALA Propaganda

In conclusion, Internet pornography in public libraries is a serious problem.  ALA intentionally misleads media and communities so porn will not be filtered out despite the law.  But citizens and media sources are no longer falling for the usual ALA misdirection.  Not even on ALA's home turf in Chicago.  It is time for others to take notice as well.  The best antidote is to read US v. ALA, the very case ALA works hard to get people to ignore.  See also Bradburn v. NCRL.  Feel free to contact me despite ALA admonitions to contact only ALA recommended attorneys—besides, I'm recommended by CIPA's author Ernest Istook as a "trusted source" and I will provide better/truthful advice.

URL of this page:  safelibraries.blogspot.com/2013/11/ALAMisleads.html