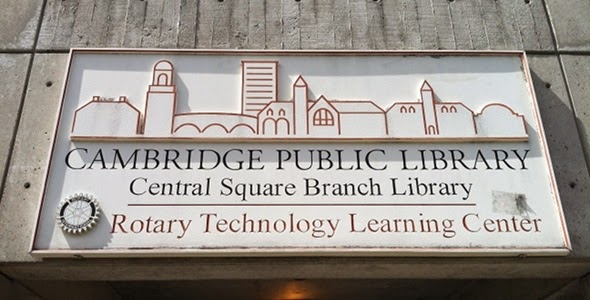 So below are relevant parts from the case I would like people to see showing this library and librarians doing the right thing by reporting the crime and preserving evidence, then providing police with that evidence, as opposed to librarians who adhere to ALA diktat.  Admirably, these Massachusetts librarians go so far as to preserve the evidence before it gets automatically deleted each night.  Really outstanding but really against what ALA advises.  These outstanding librarians who help protect their communities will never win ALA awards; such awards go to librarians who help facilitate child porn such as at the Orland Park Public Library in Illinois, as I proved in my previous post.

We are talking about school children seeing child pornography in a public library.

Also, since ALA policy as applied locally is often directly related to the facilitation of child pornography in public libraries, ALA media such as American Libraries magazine rarely discusses such matters or does so superficially.  I doubt it will report on Commonwealth v. Crayton, except to the extent I have made this prediction, so it might want to prove me wrong.

By the way, this case again illustrates that "Acceptable Use Policies" do not work.  ALA says acceptable use policies work and Internet filters do not.  In reality, it is the exact opposite.  The Cambridge Public Library policy is "Using library computers for illegal activity is strictly prohibited and will result in the loss of library privileges and possible criminal prosecution."  Clearly that had no effect.  On the other hand, the Federal Communications Commission [FCC] has just revealed library Internet filters work exceedingly well.  Such filters would have prevented the school children from seeing the child porn ALA facilitates.  I urge Cambridge Public Library to follow FCC advice and consider using Internet filtering software and tossing aside previous misconceptions ALA keeps promoting.

Here is the Commonwealth v. Crayton case, followed by an excerpt describing the factual background I would like people to read as an example of libraries working effectively to record and report child pornography viewing—too bad they did not use Internet filters to prevent such viewing in the first place but it is never too late to update policies:


Background.  We summarize the evidence at trial, reserving discussion of the evidence that pertains to the issues on appeal.  On January 21, 2009, between approximately 3:30 p.m. and 4 p.m., an eighth grade student, M.S., was doing homework at a computer in the basement technology center of the Central Square branch of the Cambridge Public Library. [FN 4]  A man she described as short, white, and bald, with a “little beard” and eyeglasses was sitting at an adjacent computer to the right of her. [FN 5]  She went to the library “[m]ostly every day,” but had never seen the man before.  When she looked at his computer screen, she saw an image of “a girl about ten years old, covering her chest.”  She could not tell whether the girl was wearing any clothes, because she saw only a “top view” and the man was “cover[ing] the computer screen” with the “umbrella-type” cover that was on it. [FN 6]  She “waved” at her friend, R.M., a ninth grade student, who was also in the technology center of the library, and urged him to look at the man's computer. R.M. testified that he “just got a quick glimpse of the computer,” and could only see “a small portion” of the screen, which displayed a young child wearing no clothes.  He saw only the side of the man's face; he described the man as bald with a goatee.  He went to the library every day after school, but had not seen the man before.  During trial, both M.S. and R.M.  identified the defendant as the man that they had seen at the computer on January 21.

M.S. and R.M. walked over to Ricardo Negron, a library employee who was working at the staff desk in the technology center that afternoon, and they told him that a person was looking at children wearing no clothes on the computer. [FN 7]  Before M.S. and R.M. approached him, Negron had observed M.S. at computer no. one and a white male, “perhaps” in his “early thirties,” bald, with eyeglasses, whom he had seen before at the technology center, at computer no. two. [FN 8]  The police later showed Negron an array of photographs, but he was unable to identify anyone from the array. [FN 9] [FN 10]

Library users were required to log on to a computer by entering their library bar code, so when the two teenagers alerted Negron to what they had seen, Negron looked up the log-in information for computer no. two.  While he was doing so, the man using computer no. two logged off and left the room.  The log inquiry revealed that a person using the library card of an eighteen year old male, “perhaps of Asian descent,” had logged on to computer no. two at 3:08 p.m. and logged off at 3:55 p.m. [FN11]  At some time after 3:55 p.m., Negron went upstairs to speak to the library manager, Esme Green.  Green went downstairs to the technology center, looked at two “video clips” saved on computer no. two, saw that they depicted an approximately twelve year old girl, “either naked or almost naked, masturbating,” and telephoned the police.

When Negron went upstairs, another library employee, Ricardo Ricard, went downstairs to staff the technology center.  Having learned of the allegation, Ricard logged on to computer no. two, saw a folder on the computer with the label “W,” and looked at a video file inside the folder, which showed a nude female child.  Because he was concerned that the library computers deleted all files when they were shut down for the night, Ricard transferred the folder containing the file to a universal serial bus (USB) drive, which he later gave to Green.  He then disabled the computer's “reboot” software so that the computer would retain the files that were then on it.

Ricard had not seen the man who used computer no. two on January 21, but he was aware of the man's physical description.  On January 22, when he saw a man who matched that description in the library lobby, he told Green of the man's presence, and Green notified the police.

Detectives Brian O'Connor and Pam Clair of the Cambridge police department arrived at the library and saw the defendant at a computer with another individual.  The detectives observed the defendant for approximately twenty to thirty minutes at a computer that displayed a “MySpace” profile page, “looking at MySpace.”  As the defendant was leaving the library, Detective O'Connor asked to speak with him, and the defendant agreed.  The defendant admitted that he had been in the library's computer room the previous day.  He said he had used one of the computers for five minutes and then switched to another computer, which he identified as computer no. two, to check his electronic mail (e-mail).  The defendant said that his e-mail address was cblizzard@yahoo.com.  He also said that he did not have his own MySpace profile, but used his friend's profile.

After this conversation, Detective O'Connor obtained the USB drive that Ricard had given to Green, seized computer no. two, and copied the folder labeled “W” onto a compact disc.  After obtaining a search warrant, Detective O'Connor conducted a forensic search of the hard drive of computer no. two.  That search revealed twenty-seven “cookies,” which O'Connor described as “text file[s]” that store information on an Internet browser regarding a Web site that a particular user has visited on the Internet. [FN 12]  The first of these cookies, entitled “magic-Lolita(1).txt,” was created at 3:14 p.m. on January 21; the last, entitled “www.innocentgirls(1).txt,” was created at 3:48 p.m. that day.  Detective O'Connor also uncovered “Yahoo searches” on computer no. two that had been conducted between 3:14 and 3:25 p.m. on January 21 using such search terms as “One hundred percent Lolita” and “Top Lolita.”  Detective O'Connor also located temporary Internet files on the computer's hard drive in which images were automatically downloaded by the Internet browser from a Web site that the user visited.  In those temporary files, he found approximately 210 photographs where children were engaged in sexual acts, of which seven were printed out and admitted as exhibits at trial.  These seven images were created on the computer between 3:27 and 3:50 p.m. on January 21.  The detective also located six video files on the hard drive of the computer, of which two video files were located in a temporary Internet file folder and four video files were located in a folder entitled “W.”  The four video files in the “W” folder, which were played for the jury, were created on the computer between 3:43 and 3:54 p.m. that day. Detective O'Connor also located a MySpace page in the temporary Internet files reflecting a log-in date and time of January 21 at 3:13 p.m.  The MySpace page identifies the user as “Walter”; the e-mail address associated with the MySpace page was C-Blizzard69@MySpace.com.

Updated the judicial opinion link to an archived version.

URL of this page: safelibraries.blogspot.com/2014/12/commonwealth-v-crayton.html