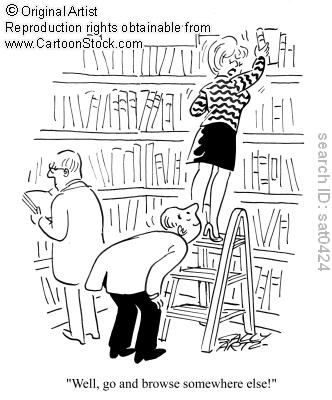 Sexual harassment of librarians never happened and likely never will, according to the American Library Association's attorney Deborah-Caldwell Stone from ALA's Office for Intellectual Freedom.  My reliable source for reporting this?  The Deputy Director of ALA OIF herself.

Below is a transcript of what she said at an Orland Park Public Library board meeting.  Below that is a YouTube video of her saying what's in the transcript so you can hear the dismissive tone in her voice.  And further below that is a library employee in that very same meeting revealing how she was sexually harassed as a result of the library applying ALA OIF's policy:

I’m Deborah Caldwell-Stone.  I am an attorney employed by the Office for Intellectual Freedom for the American Library Association.

Um, I have thought carefully about what I might say tonight, um, and I could go tit for tat, challenging some of the conclusions that have been offered to you about the legal authorities that govern Internet access in libraries and hostile work environment.  I will only tell you, and um be brief about it, that it's far more complex than it's being represented here tonight.  In fact, the libraries that were sued for hostile work environment settled the cases.  They weren’t forced to pay any money.  Um, the settlement was uh reached with a mutual agreement with the librarians involved to get rid of the lawsuit and both, uh, in fact, both in Minneapolis and in Birmingham the EEOC and the Department of Justice declined to sue on behalf of the librarians.

Hostile work environment is a very fact-based lawsuit.  I’m sure your legal counsel can tell you that.  You must have very strict, uh, standards to bring a lawsuit.  You have to be targeted because you are part of a protected class based on race, sex, ethnicity or religion.  Um, the harassment must be a result of your membership in the protected class.  So these are far more complex lawsuits than, uh, is being represented here.  And there've only been three of them over time, over the last twenty years of Internet access in libraries.

So I encourage you to get good legal consultation on these facts, uh, uh, um, about these things.  We’re happy to assist, um, but I’m sure that there're other attorneys who can assist you as well.

I do want to reiterate that I work with libraries on developing policies on a regular basis.  You have very strong policies, they're very child protective, they're respective of your, uh, users’ rights to access the Internet and the library materials under the First Amendment, and there are First Amendment rights that accrue to library users.  And, um, I want to, uh, just express my, uh, my respect and my appreciation for your professionalism in all of this.

Here are the awards so far, at least one instigated by ALA's Barbara Jones, and there are likely more in the pipeline—I wouldn't be surprised if library director Mary Weimar makes a graceful exit from her coverup by joining ALA OIF as at least one Assistant Director has done:

Here is the visual recording of the transcript provided above:

At the very same meeting that ALA just said sexual harassment never happens, a former library employee spoke to say she was sexually harassed in that very library:

FYI, here is the transcript of Barbara Jones, head of ALA OIF, who spoke directly before Deborah Caldwell-Stone, Esq.:

There are two librarians being sued for defamation for reporting on the alleged sexual harassment by another librarian that allegedly occurs at library conferences.  On Twitter they call themselves #TeamHarpy.

Here is one example of where the American Library Association advises librarians to ignore child pornography, and this policy guides many local public library polices nationwide:

Libraries and librarians are not in a position to make those decisions for library users or for citizens generally. Only courts have constitutional authority to determine, in accordance with due process, what materials are obscenity, child pornography, or “harmful to minors.”

ALA OIF's new leader, Jamie LaRue, has doubled down on saying sexual harassment of librarians due to the unfiltered Internet never happens.  He called it "speculation," "dubious":

My correspondent made various misleading claims I won’t repeat here. But I did want to address one issue. He wrote that “harassment is caused by people having viewed the unfiltered Internet while in the library.” But that’s speculation, not fact. It’s dubious, too. People read mysteries in libraries and don’t feel compelled to commit murders. People are responsible for unwanted or criminal action, not the internet. And not library policy.


URL of this page: safelibraries.blogspot.com/2014/12/sexual-harassment-of-librarians.html