Will Manley Outs Library Profession as the Only One in the World That Wants Children to Have Access to Pornography; Annoyed Librarian Says Some Librarians Sound Like Smut Peddlars

Will Manley speaks the truth about the library profession.  See "3 Ways to Get Blackballed in the Library Profession," by Will Manley, Will Unwound, #428, 26 April 2011, emphasis and graphics added, excerpted here: 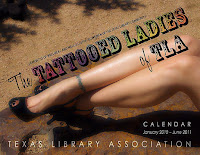 1)      Conservative politics….We all know that the library profession is extremely liberal in its political leanings.  To prove this all you have to do is look at the big name speakers at A.L.A. conferences.  How many conservatives have there been among this group in the past 40 years?  Maybe one or two at most.   Librarians would rather be validated than challenged when it comes to politics.  But it goes beyond that.  Many librarians think that conservatives are selfish, stupid, unsophisticated, and ultimately evil people.  Conservatism is not an alternative political viewpoint to the library profession; it is a curse.  The unfortunate issue here is that our many city councils, county boards, and state legislatures are ruled by conservative politicians.  These are the folks who hold our purse strings.  Isn’t it time to stop demonizing them and start dialoging with them?  Don’t even think about it if you want that big promotion.

2)      Organized religion….The library profession is very wary of organized religion, because religious morality is the banner that many book censors wave.  Many librarians disdain organized religion because they think it is repressive, judgmental, irrational, evangelical, and overly structured.  If you are a librarian it is okay to freely talk about your spiritual quest as long as you do not mention that you belong to an organized church.  It’s also very okay to be openly atheistic and agnostic because this shows you are a thinking person who has overcome an early childhood attachment to superstition.  If you have to be an avowed member of a formal religion, Buddhism seems to be your best bet.  Buddhism seems to be the cool religion right now.  Protestantism and Catholicism definitely are not.  If you are a member of a formal Christian Church keep that part of your life in the closet for the good of your career.

3)      Censorship – Perhaps the most career limiting move that you could make in the library profession is to refuse to toe the line with the anything goes philosophy of the ALA Office of Intellectual Freedom.  I am still getting criticism heaped on me for a series of articles that I wrote in the 1990s advocating that filters be put on children’s room computers to block out pornography.  Really!  I’m pretty sure that the library profession is the only profession in the world that wants children to have access to pornography.  Why?  Because everyone is afraid of being called a censor.  It is the death nail in the career coffin.  The irony of all of this is that the library profession touts itself as the champion of intellectual freedom.  If that’s true why can’t we freely express our dissenting views of an "anything goes" philosophy of intellectual freedom…or conservative politics…or organized religion for that matter?

And why are librarians afraid to be called a censor?  That would be courtesy of former de facto ALA leader Judith Krug and her bringing her ACLU leadership policies and enforcement tactics to the ALA.

Librarians Should Take Back Control of the Office for Intellectual Freedom From the Porn Pushers
Look in the comments on Will's post to see comment after comment by librarians speaking out to agree with Will.  Judith Krug, may she rest in peace, has passed on and the new leader of the OIF is a poor substitute.  The deputy director is a plagiarizer and an unethical astroturfer.  (Administrative Assistant Bryan Campbell is honest but I'll leave that for another story.)  Maybe now is the time for librarians to do what they know is right and take back control of the OIF from the Krug/ACLU acolytes.

Library Bill of Rights
Amendment I
Congress shall make no law respecting an establishment of religion, or prohibiting the free exercise thereof; or abridging the freedom of speech, or of the press; or the right of the people peaceably to assemble and view publicly subsidized pornography in their local library.

Speaking of librarians "acting like smut peddlers," "Smut!" by Tom Lehrer is the ALA's anthem.

Will Your Community Stop the ALA From Targeting Children?
"[T]he library profession is the only profession in the world that
wants children to have access to pornography."
Will Manley said that.  Any questions?  Any community want the ALA anywhere near your public libraries and your children while it continues along its current path?  Will librarians finally move to deradicalize the ALA's Office for Intellectual Freedom?  Anyone want to write a guest blog post for SafeLibraries to say what it's like in your own libraries?