The principal was "shocked."  According to the mother, he said he "didn't even know this was in our library."  "Even the school librarian admitted it wasn't appropriate for younger kids and put a restriction on it for sixth graders only," said a reporter.

I spoke with the outspoken mother, Hilary Lockhart.  Here is some information that may help her and any other parent/guardian having similar concerns:


Regarding the article "Mother's complaint prompts Paradise Valley school officials to remove book" that appeared on azcentral.com on Tuesday:  Paradise Valley administrators removed the book "Lovingly Alice" from the Quail Run Elementary School library prior to the initiation of an official book challenge.  The district policy governing this process, "Parent Complaint Procedures Regarding Instructional Materials" states, "During the review, materials in question may remain in use."  As a parent, Hilary Lockhart has the right and responsibility to direct her children's reading, but the decision to remove the book prior to the outcome of the book-challenge procedure restricts access to all students.  District administrators should return the book to the shelves until the challenge process is complete and a final decision has been made by a committee of teachers, parents and librarians, as stated in district policy. - Ann Dutton Ewbank, Phoenix
The writer is a past president of the Arizona Library Association.

Notice "may remain in use" completely negates her argument since the book need not remain in use.  That leaves her simply throwing around her Arizona Library Association weight to attempt to browbeat the school back into line.  It's demagoguery pure and simple. 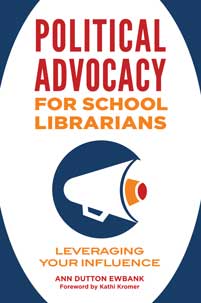 Also, I have updated most dead links with archived or new links, and I removed a dead video.
Posted by SafeLibraries® at 12:48 AM