ALA Personally Attacks ALA Councilor Who As a Conservative Christian Sometimes Stood Alone Against 180 ALA Councilors Debating Non-Library Issues; Young ALA Members Urged to Stand Against the ALA When It Takes on World Issues Having Nothing To Do with Librarianship 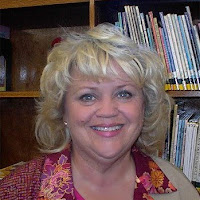 American Library Association [ALA] Councilor Susan Pieper is a conservative Christian who sometimes stands alone against all other 180 ALA Councilors.  She believes the ALA should address issues of librarianship, not world issues and opposition to the United States government.  As a result, she gets personally attacked by people in the ALA, an organization that arrogates to itself a lead role in First Amendment rights and intellectual freedom.  Obviously not.  So she is urging new ALA Councilors to be brave and strong in opposing the vocal ones claiming to right some world injustice and use the ALA to do it.

Just look at my blog for examples of what Susan Pieper is saying, but enough of me.  Hear it directly from Susan Pieper:

I want to take a moment out of my day to express what an honor and privilege it has been to serve the membership of the American Library Association and to work alongside such an interesting and diverse group of councilors. Due to circumstances beyond my control, I will be unable to attend ALA in Washington. My term ends after this convention. This will be the first time I have missed council sessions. I will miss all the new friends I have made and hope someday in the future my situation will change so that I might run for council again. Meanwhile, I offer a few words to those new councilors who might be lurking. (I would have visited with you during orientation and shared this advice, but now I do so unsolicited.)
I was nominated and urged to run for ALA councilor-at-large by an ultra-conservative librarian. This gentleman was aware of my stance on conservative ideals and values. He knew that I had written a small piece in American Libraries magazine regarding being a librarian who was “right of center” and had presented a conference session at a PLA convention in Boston on that same subject. He asked me to run because he knew I would represent a group of librarians who were often silent and felt their voice was not represented on council. When I ran for council, it was no secret that I was a strong Christian with conservative values. I made it clear that I would represent a conservative voice. And, there were enough voters who wanted my voice to be heard.
Now, that being said, the road has not been easy. From the very beginning, I was personally attacked and flamed both privately and publically via e-mail. But, I stood up and expressed my beliefs on different subjects. My voting record stands on the conservative values I brought to the table. There were times when – out of over 130 councilors – I was the only no vote with my hand raised.

I feel that Council many times crosses a blurred line and spends much time debating issues  of war, civil unrest and anti-US government/military involvement around the world. There seems to be a vocal segment of Council who feel the focus of ALA should be against a world issue or situation. In my opinion, Council should be spending time focusing on how to advocate for adequate and secure funding for all libraries in the U.S. We must keep our libraries open. A recent secondary advocacy role has been to provide an avenue of assistance and support for libraries destroyed by natural disaster (Haiti). This is great.
Please remember – unless this policy has changed – that every council-approved resolution is widely distributed throughout the country. What message do you want our government officials, and those who hold the purse strings to hear? I would rather them be constantly bombarded with the message of the value of America’s libraries and the need to keep them open and well-funded (all library types). In my opinion, the foundation of Democracy is the individuals’ right to access to free and authoritative information. The foundation of Democracy is the library.
So, my advice is to be brave and be strong. If you honestly do not agree with what is being proposed, then stand up to the microphone and professionally deliver your argument. You might be quivering in your boots and nervous as can be. Your voice might be shaky, but I promise you will be heard, and your words will be typed on the screens in front of the room. Your opinion matters. Although we might not agree with each other, for the most part, councilors are professional and respectful. All I know is that I never had any regrets with my vote. Your one vote counts.
On the other hand, listen to the arguments being made in support and against an issue. Your mind might be changed. It is possible to have firm convictions while at the same time be willing to listen to others’ points of views.
Those councilors who know me have probably not read this far in my missive. But, to those of you who have, I will miss seeing your faces. Be nice to the new guys and be kind to each other. We all share the same passion. Please do not ever forget that.
God bless you all and I pray the best for you always,