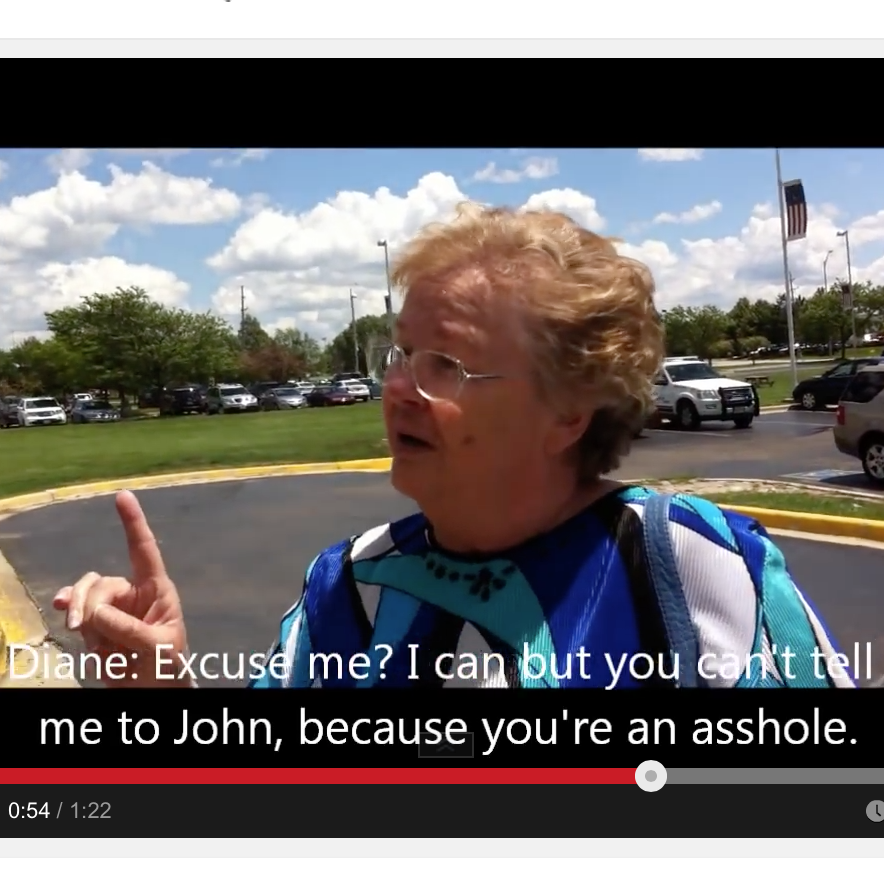 The Orland Park Public Library (link) is the scene of the latest effort by a library to cover up its literally criminal ways, in this case award-winning criminal ways.  It did so by having published a letter to the editor of the Orland Park Prairie (link).  That prompted a response by the citizenry to expose the misinformation in the hope enough pressure is brought to bear to force the library board to change its anything-goes, law breaking policy.


Can you see the issues there?  Let me now provide my comments.

This is a library that serves up child pornography then covers it up—watch Diane Jennings admitting in public on 18 August 2014 that the library allowed and covered up child pornography (link).  This is a library where the public relations employee Bridget Bittman, knowing it serves up child pornography and covers it up, declared the library to be a "safe library" (link).  So now elected official Diane Jennings is worried about people "questioning the Orland Park Public Library's commitment to child safety."  Funny, in a sad way.  By the way, watch both Diane Jennings and Bridget Bittman attacking Kevin DuJan for being gay (link), and these are supposed to be the people telling us this public library is a safe library.

"current OPPL policies ... are stricter than those recommended by local and national library associations":

I really think she has gone unchallenged or protected by the media for so long (link) that she feels she can make statements that are simply not supported by reality.  Think about it.  She makes blatant, anti-gay statements anyone can see in that video linked above, admits to the police she made such gay slurs (link), and yet she remains on the library board instead of being kicked off as the hater she is.  So naturally she feels there are no consequences for her statements because—there are no consequences for her statements.

"These computers are not filtered, but staff constantly monitors the area":

Wow.  Staff monitors the area.  And when they are sexually harassed by patrons who have been viewing porn, they are told by library director Mary Weimar that if they don't like it, they can leave.  Strong statement?  Well I'm just reporting.  Listen for yourselves to library employee Linda Zec in that very library describing how she was sexually harassed and told to get out if she didn't like it (link).  By the way, what happened to that employee and at least one other in that library is called "constructive discharge (link)," even if they don't realize it.  Indeed it took almost a decade for Linda Zec to even speak publicly about the harassment.  So much for "staff constantly monitor[ing] the area."

Besides, even if they "monitor[] the area," they are trained by the American Library Association to ignore criminality, so what Diane Jennings said is intentionally misleading:


Libraries and librarians are not in a position to make those decisions for library users or for citizens generally.  Only courts have constitutional authority to determine, in accordance with due process, what materials are obscenity, child pornography, or "harmful to minors."

And there's the main reason the library allows and covers up child pornography.  Maybe ALA should be called the American Child Pornography Association.

Speaking of sexual harassment of librarians, I raised that issue in that community per the mission of SafeLibraries to provide balance for people to become fully informed before making up their own minds instead of being misled into a single choice—ALA's choice—no filters—unfettered access despite the law.  I said, "She completely leaves out that libraries that do not filter really do face years of litigation and significant legal expenses for librarians who are sexually harassed as a result of unfettered porn viewing occasioned by library policy direct from the ALA (link)."  Apparently I was effective because just eight days later ALA saw fit to appear before that community to retrain the minds of the public that sexual harassment never happened in that library, in any library in the past, and likely will never happen in the future (link).

As a result of this blatant and heartless fraud, I and Kevin DuJan created a new publication called, "Sexual Harassment of Librarians (link)."  We are the only source for gathering information for librarians sexually harassed in libraries that place following ALA diktat above following the law.  We know we have already helped librarians still being sexually harassed to this day.  Others may be intimidated by ALA; we are not, not even if ALA is involved in a federal lawsuit to silence us, arising in part out of Diane Jennings homophobic behavior while representing the Orland Park Public Library, no less (link).  Apparently, not only are "computers ... not filtered" in Orland Park, neither is Diane Jennings. 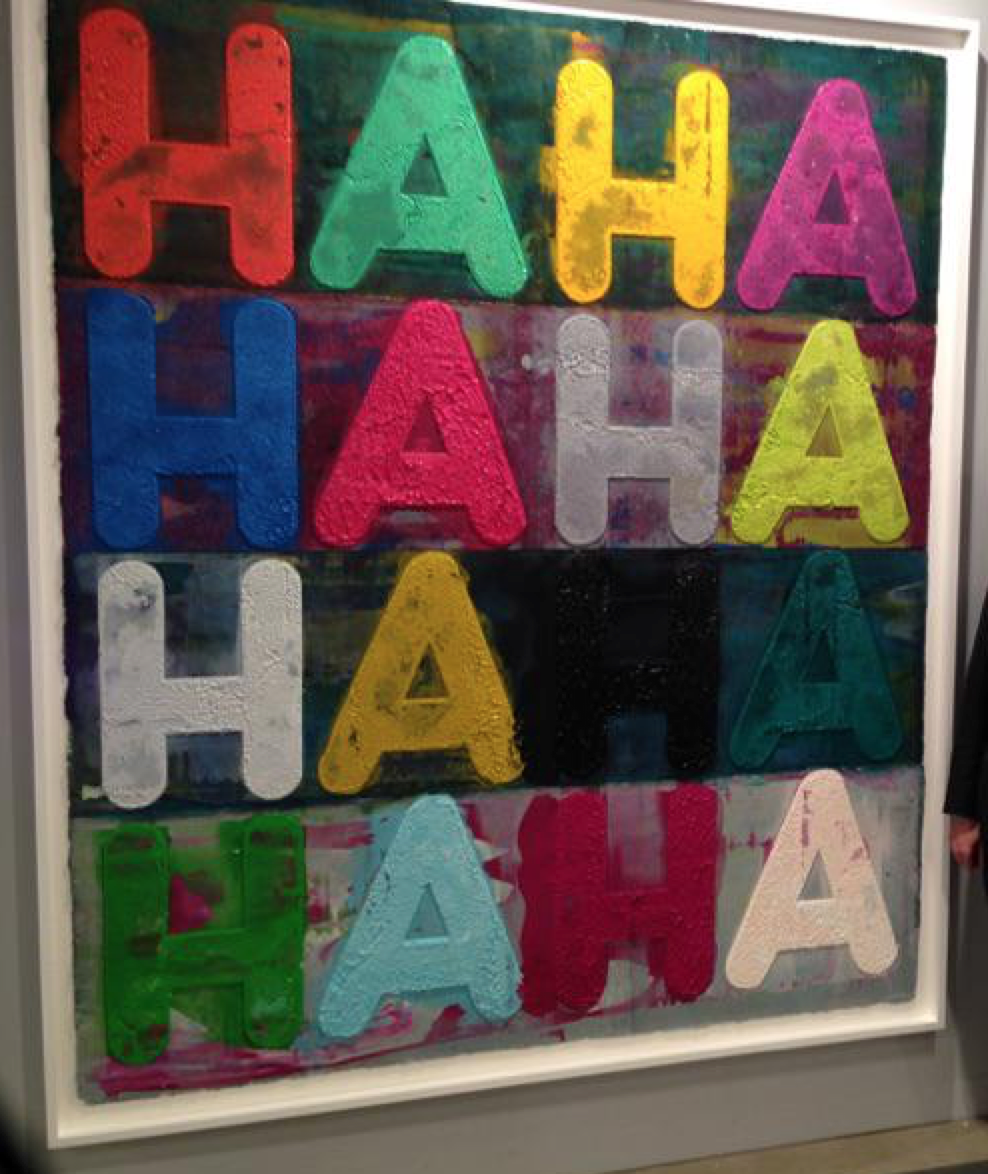 "all users must first surrender to staff a picture ID":

Hahahaha!  This one is so funny that Saturday Night Live starring Lady Gaga made a joke about it (link)!

"Non-residents without an OPPL library card ... pay a fee":

"The OPPL's policies in no way promote the viewing of child pornography":

"Instead, they expressly state that viewing child pornography or any other illegal material is prohibited":

"Children are kept safe, while adults are able to exercise their constitutional right to access information on the Internet without the interference of filters that block legitimate searches":

See that "interference of filters that block legitimate searches"?  Diane Jennings leaves out that ALA itself admits library filters work (link) and that the Federal Communications Commission has more recently said library filters are very good and past opposition to them is no longer relevant (link).  So if there's "interference," it's caused by the library itself to fool people into thinking filters don't work, a tried and true trick used in Illinois year after year to defeat library filtering legislation (link).  This is a library that spends huge sums of money on legal fees to silence the child porn whistleblowers then raises taxes to obtain more funding for litigation (link), so certainly they have the wherewithal to get good filters like those the FCC mentioned.

"The OPPL's award-winning balancing of these interests makes our library both a family- and a user-friendly place":

This statement is really unbelievable, but I have to tell you first some background before you can see just how in your face is this statement.

The matter of the multiple violations of the Open Meetings Act was brought before the Illinois Attorney General.  In its defense the library director signed and the library attorney provided a falsified affidavit claiming the public was properly notified of the meeting (link).  The Illinois Attorney General determined that the Orland Park Public Library meeting violated the law and the policy was declared void ab initio (link).  The library board went on to break the law further in a literal crime spree but the Illinois AG ruled that illegal as well (link).  So this "award-winning" library as Diane Jennings puts it got the awards, but consider:


So this "award-winning" library was literally awarded for acting illegally and unethically.  I say again, this "award-winning" library was awarded for breaking the law repeatedly.  That's why this statement of Diane Jennings about "OPPL's award-winning balancing of these interests" is really unbelievable.  It's literally an award-winning, law-breaking library, winning those awards for breaking the law.  Maybe I should give an award to the library too, only I'd call it USA's Most Homophobic and Law Breaking Public Library.

And Kevin DuJan attempted to attend a public meeting at the 2015 ALA Midwinter Conference lauding the library for its award-winning law breaking and silencing of Megan Fox and Kevin DuJan, only to be turned away at the door when the greeter found out it was Kevin DuJan trying to obtain access to a meeting certain to be in part about him.  The Orland Park public paid for its library personnel to attend and speak at that celebratory occasion but the subject of that occasion and library patron Kevin DuJan was persona non grata.  These are the "free speech" and "equal access" people.

"We can continue to rely on the professionalism and common sense":

As to what Kevin DuJan said, it is 100% accurate to the extent I can see, for example I did not count the number of steps.  And this is a real danger: "This is like butterflies being drawn into spiders' webs, because the OPPL has chosen to locate books the teens need for school reports right by the adult computers."  Internet filters are the means to choke off this danger, but this library refuses to do so and, as Diane Jennings illustrates, freely uses flat out false and misleading information and criminality, even homophobia, to keep the public misinformed.

It's only a matter of time before the next criminal incident occurs.

Here is a substantially similar situation in Canada, where the library claims it's "very child-friendly" but actions speak louder than words:


Right! There's a library I just wrote about that touts its being a "safe library" and that it is very concerned for "child safety." Yet it allows and covers up child pornography and uses repeat criminality and homophobia to defend it, and is given awards by the state library association and a local library school for this criminality, only it's called "intellectual freedom." See:

Barbara Jones, Director, OIF, and Deborah Caldwell-Stone, Deputy Director, OIF, traveled to Toronto, Canada in late February to conduct a series of intellectual freedom training workshops for the staff of the Toronto Public Library (TPL). Approximately 150 staff members turned out to consider and discuss how to manage challenges and the impact of intellectual freedom on collection development policies. Staff response was excellent, and the TPL administration said it is looking forward to inviting OIF staff back to Toronto to conduct further training sessions.

"The OPPL's policies in no way promote the viewing of child pornography. Instead, they expressly state that viewing child pornography or any other illegal material is prohibited. Violations may be reported to the police and subject to criminal prosecution":

Megan Fox alerted me to this.  She says:


URL of this page: safelibraries.blogspot.com/2015/03/OPPL-still-covering-up.html